I've managed it! A whole day on plan! Go me!

Today has been out of the ordinary though - for a start I was awake at about 8:30. Not a good thing as once again I had an awful night, mostly worrying about having a blood test today. Which I know is stupid.

Said blood test was at 10:11 this morning, and so I waited for Hague to get home to hold my hand and off we went - me having eaten a banana to try and prevent any light headedness. It went quite well, and now I just have to wait for the results. We then headed into town as Hague is getting worried about how much time I'm spending indoors. I won't lie, I was pretty anxious, but did my best to stay calm whilst we had a small mooch, ending up in Starbucks. 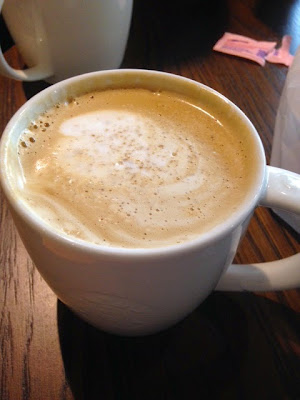 I treated myself to a skimmed milk toffee nut latte - so 4 syns and my HeA choice and rather lush it was too. Whilst we were in there I continued on a conversation that had started yesterday....

....I had posted on Facebook that we were looking for new pets, well, I asked for kittens, but I got an inbox message from a SW friend who was looking to rehome her Pugs....Pugs!! On the anniversary of the day we re-homed our little FlumpyCat...me and Hague both decided it was fate and so made plans to meet up with her, and Tinkerbell and Tallulah :o)

First things first though when we got in, and then was getting ourselves fed! 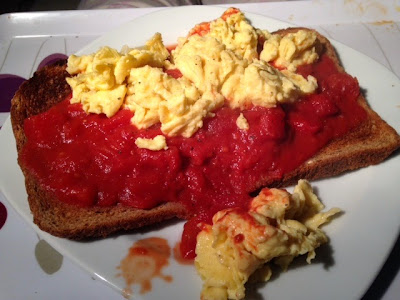 We then turned our attention to making sure one Basset Hound, a rather unimpressed JadeyPuss and two Pugs could co-exist for the day at least! A while ago, Hague had said he wanted a dog of his own as Boo and Jadey are both glued to me most of the time, and he seems to have got his wish as both the Pug's have been following him about - too cute! 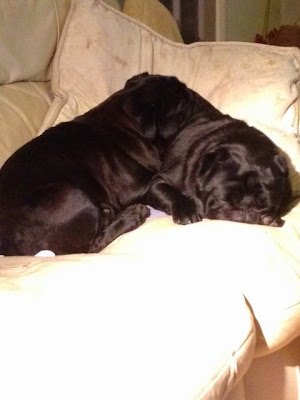 As my body is currently used to consuming thousands of calories a day, I was peckish again a few hours later and a quick search of the fridge found a tub of Aldi low fat cottage cheese with pineapple. 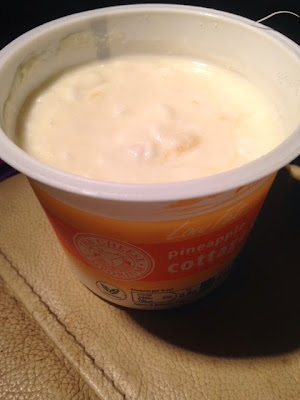 That was eaten pretty sharpish :o) We then popped out to get a few bits and bobs for our little visitors, and treats for the current Menagerie before we could get started on dinner - an eclectic, but tasty mix. 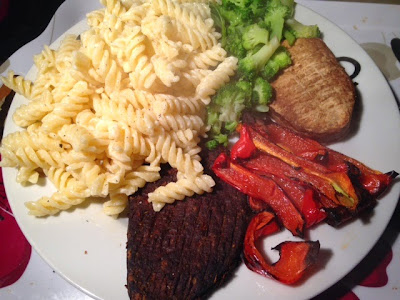 Some pasta with half a tub of LowLow mixed in, plus broccoli, roasted red pepper and a double of Quorn goodies, a peppered steak and a pork steak. The pork ones are ½syn each, so not too bad - and whilst Hague said they didn't taste remotely like pork it was nice to have something that tasted different :o) Dessert was a good old SW classic - cereal bar and a yogurt. 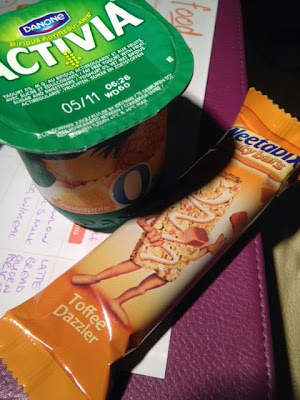 As you may have noticed, I don't put too much stock in sell by dates.... ;) The evening has been spent listening to Puggles snore and trying to convince myself I'm not hungry - something I'll get used to after a few more days of eating proper food until I'm satisfied rather than terrible food until I'm stuffed.

I've had 14½ syns today. I'm happy with that as I'm allowed up to 20 - although I'll be trying my best to stick to 15. My evening snack of Oddities and 35g of dried apricots will be nommed on whilst listening to Puggles snore! One day under my belt. Happy Karen checking out!

I'll be posting my food diaries on MyFitnessPal, so if you want to keep up with what I'm eating, you can find me here
Posted by Unknown at 20:49