I didn't blog yesterday due to a migraine, which meant I spent most of the day in bed. Which also means I didn't do, or eat very much.... 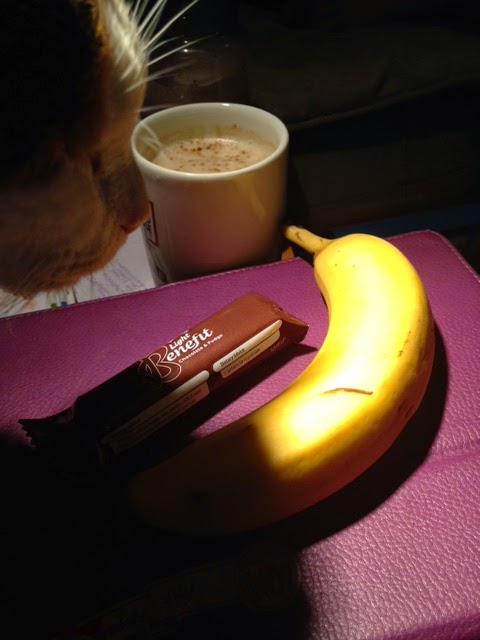 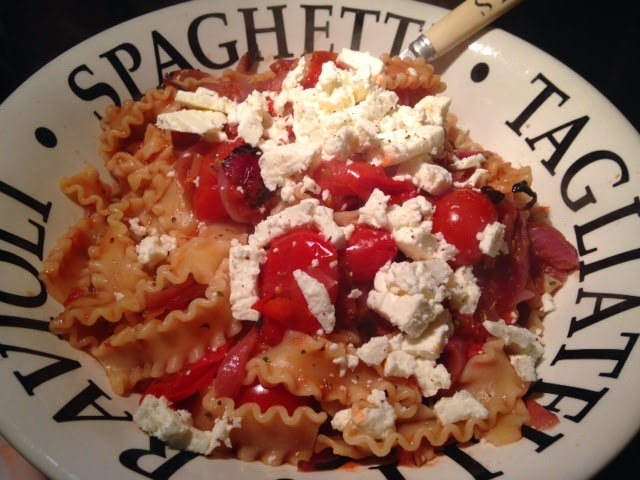 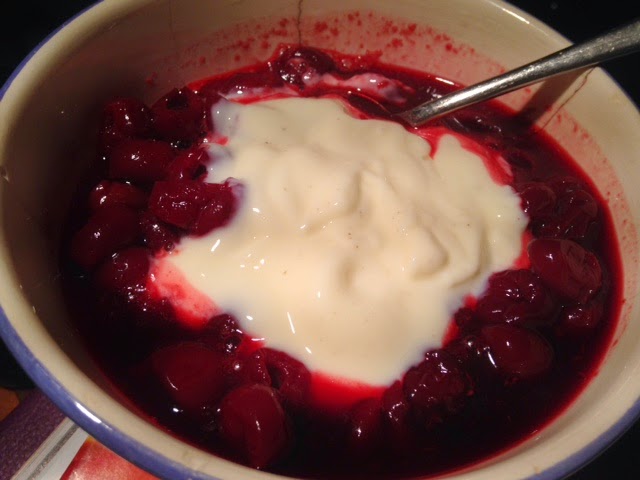 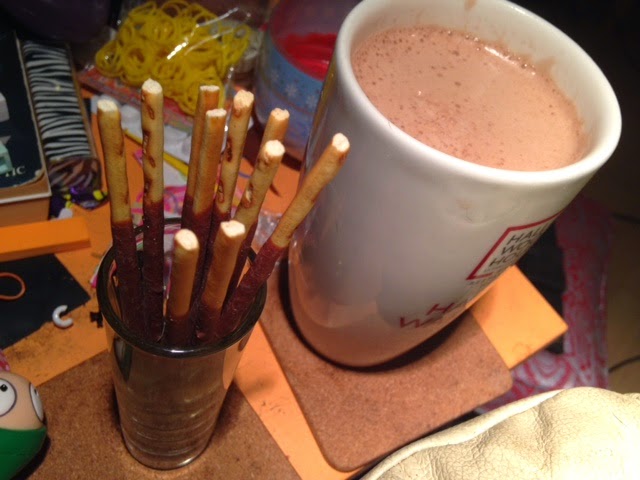 I actually had an Extra Easy day as I only had one of each HE! We were up in bed before 11 as well, so much of a nothing-ness. My migraine even meant we missed the radio :o(

I had been nervously looking forward to today though. Firstly due to my Dr's appointment, which may sound odd, but when you've been feeling crap for as long as I have and you're going in to see the results of yet another blood test you get desperate for answers and so it couldn't come quick enough.

For once, I actually did get some answers! I'm hugely Vitamin D deficient, so need to take some tablets that contain 5000 times the RDA to get the levels back up, Also my thyroid had dipped into under-active once more and so that means yet another blood test to see what's going on and then we'll go from there. Vitamin D deficiency does leave you feeling tired though, so we shall see how these tablets help! From there it was off to pick up Hague from work, then home for breakfast... 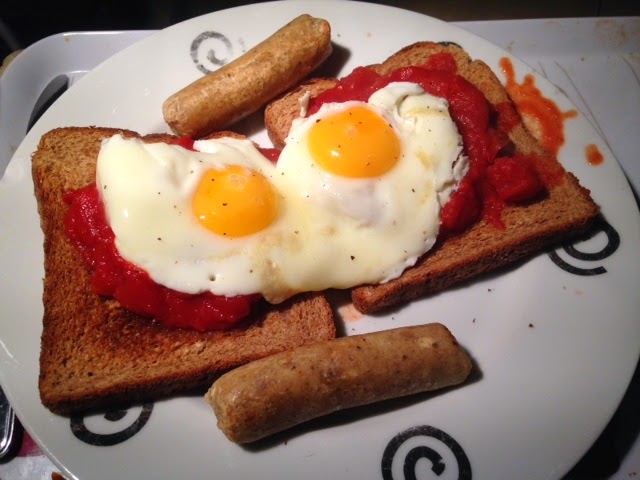 ...before a wee nap as we were heading into the Radio Station once more, this time to cover another show - alas, a power cut thwarted us and so rather than DJ-ing and heading straight to group, we left early and came home where I nervously awaited 5pm and time to leave for  group, via the pharmacy to pick up my ever so small bag of medicine O.o 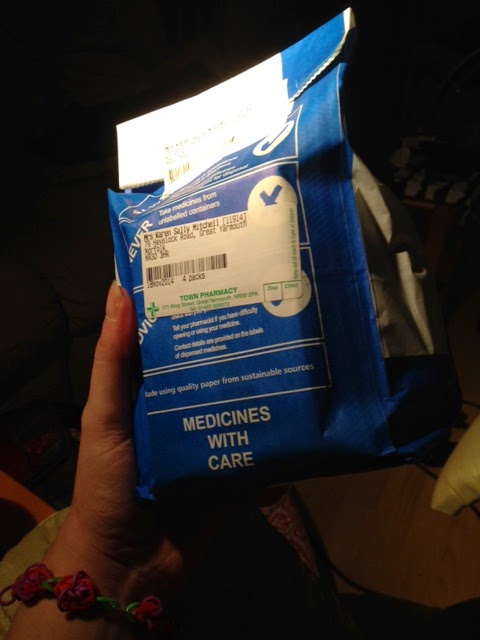 I was early for weigh in, and so picked up a Costa too, a skinny toffee nut latte, and then had to wait again for weigh in to open. As I waited I was getting more and more nervous and didn't even want to look down at the scales as I was so concerned I'd not lost anything. 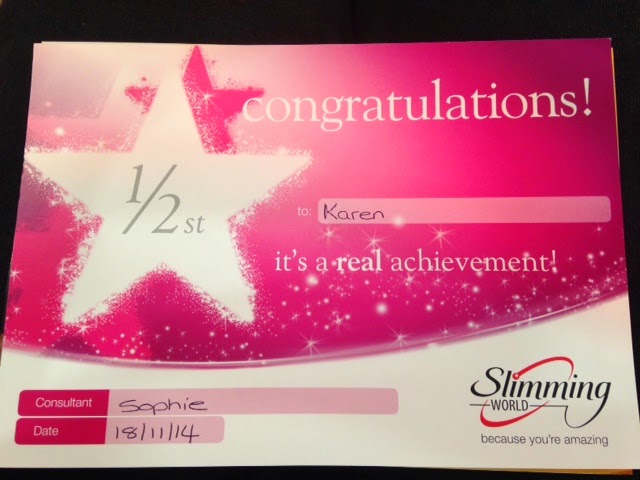 I even beat my previous first weigh in loss which was 10lbs with a first week loss of 10½lbs. I literally could not believe it, gobsmacked doesn't even cover it. Silly old me doubting the magic of Slimming World after all this time! It was a small group, and so lots of time for nattering and sharing of ideas, which I always enjoy, and I'd taken in some persimmon for some of the ladies to try as they'd never tried it before. I picked up the new magazine too, and so I'm all ready for another good week. I'd rather like 3½lbs....we shall see ;o)

One thing that was discussed was Treat Night, and about half the group confessed to enjoying this. It's a tricky one, as some of the ladies were of the mind that they needed Treat Night to stay on plan all week, whereas I am hoping to normalise my relationship with food and so will treat myself when I want to, rather than just because it's Tuesday.

I came home via Tesco to bargain hunt (salad, two packets of pineapple fingers and a stir fry for 55p), and sorted out a very quick dinner of a couscous salad topped with Quorn fajita strips and cheese. 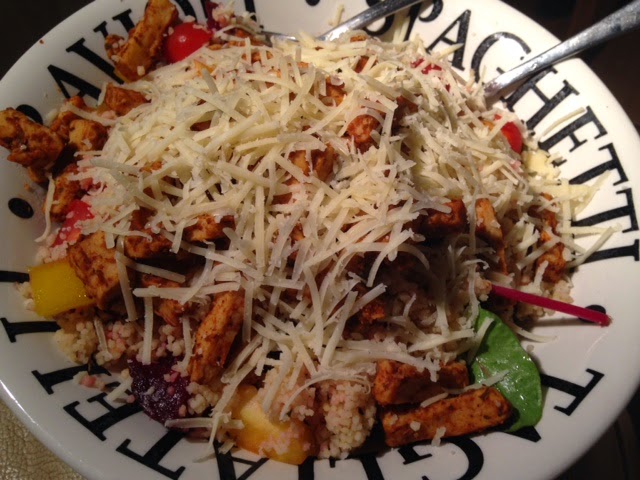 After a brief interlude to collect Hague from Kickboxing it was back indoors to have myself a nice dessert. 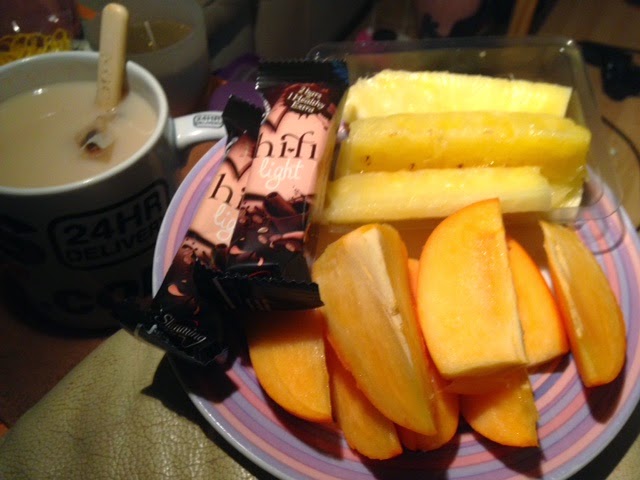 I shall follow it up with a Nescafe mocha sachet before bed - but for now I'm going to relax and enjoy the insanity of my huge loss and flick through the latest Slimming World magazine to get some ideas for meals for the next week! Although,  before I head off, I will share this little gem with you that TOK shared on Facebook earlier, as it certainly put a smile on my face :o)