For me, this is a pretty small catch up! I didn't blog last night, as I was rather weary and we headed up to bed nice and early...and were both still wide awake at 5am...So not the best of nights had by either of us as we were both up pretty much all night, snatching and dozing at sleep rather than actually having a proper sleep. Ah well...that was last night, and I need to whizz back a bit earlier don't I?

I made Hague get me up "early" and so we were out of bed by 10.30. It's early for us, honest, and of course had to pop a pill immediately to try and calm down the pain in my head, I really am unimpressed at the longevity of this bloody head that's for sure. I've never had one this bad, never, and I've definitely not had one that's lasted this long. Not good. However, I wanted to get out into the fresh air and with Hague with me I knew I'd be okay, so we both had our breakfasts before we headed out. 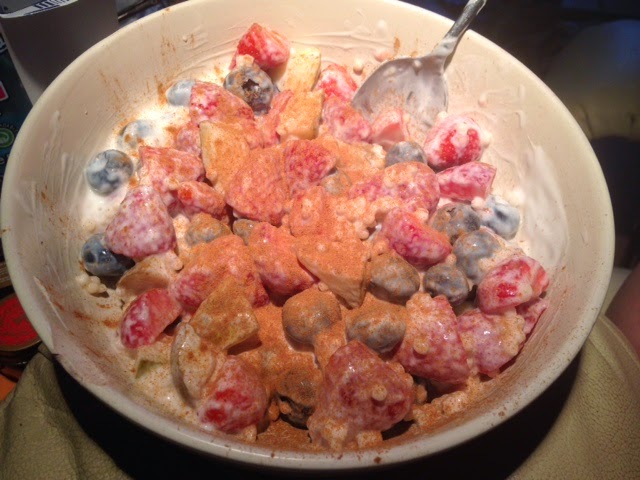 Strawberries, blueberries and a pear, along with some toasted couscous and yogurt, topped with cinnamon (of course). The weather was nice again, and because Hague was concerned about my concentration on a bike, it was for a walk we headed. To make the walk more rewarding we decided to hunt down some geocaches too. The sun was shining, we found 5 geocaches and as I'd come all prepared I had a bit of a picnic too. 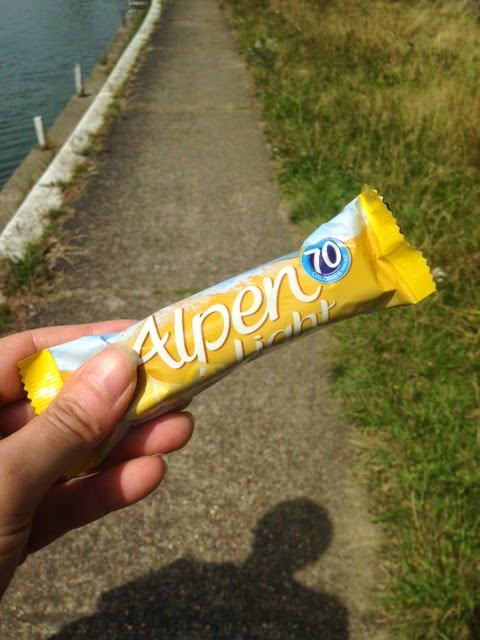 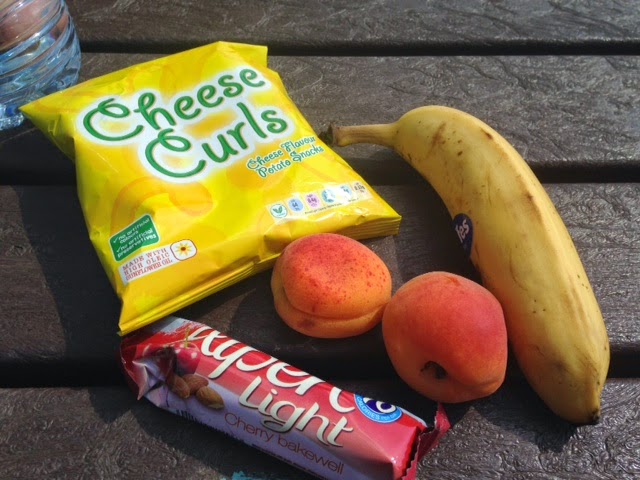 Hague hadn't brought anything, but he was brave enough to try and apple.... 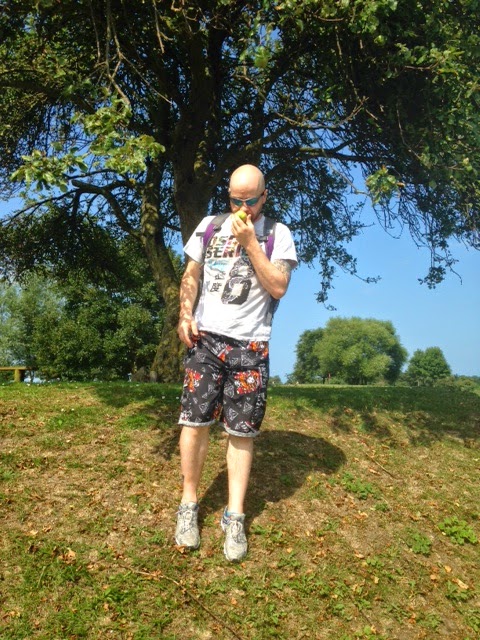 He wasn't impressed, and my head was starting to pound and he was starting to get hungry so homewards we headed - failing to find a couple more geocaches, but succeeding in finding a low syn ice cream. 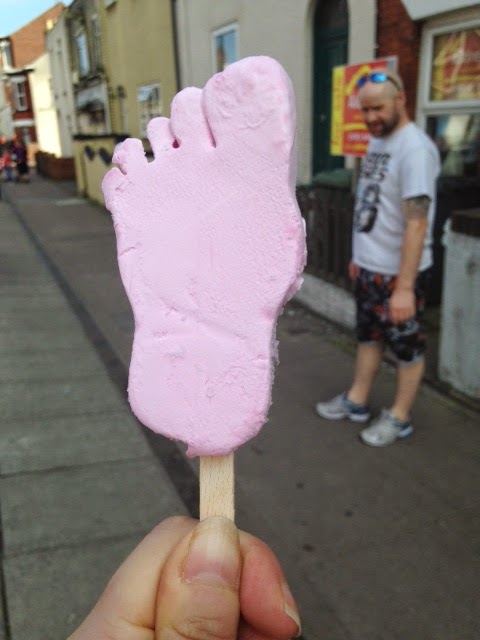 Funny Feet are just 3½ syns, and it was lush, just what I fancied...although this photo is giving me Father Ted flashbacks hehe! Safely home, it was time for more tablets and lunch, well, just a snack for me really. 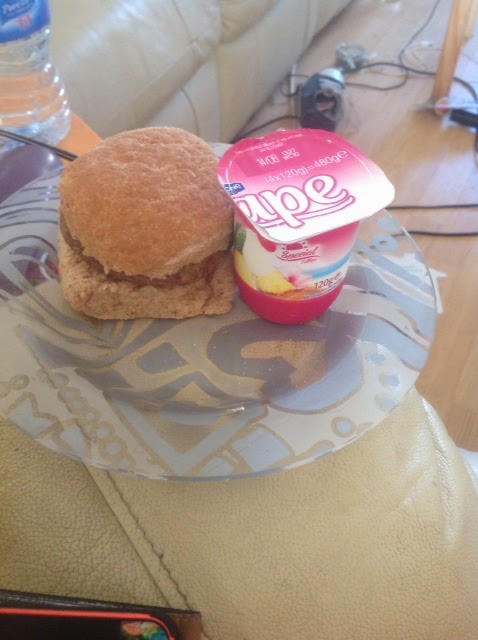 Quorn red onion burger with a yogurt just to tide me over after my little picnic. With my head suffering it was definitely time to relax. For a while. The local theatre was having a street food / music festival and so we wandered down there. I like to go along and support things like that to keep them going, and although we only stopped for a cuppa - resisting delicious looking pizzas, tacos and waffles on sticks it was nice to pop along. We then came home and tried futilely to find our local shotputter, Sophie McKinna on the TV, red button or internet. I did however manage to make dinner. 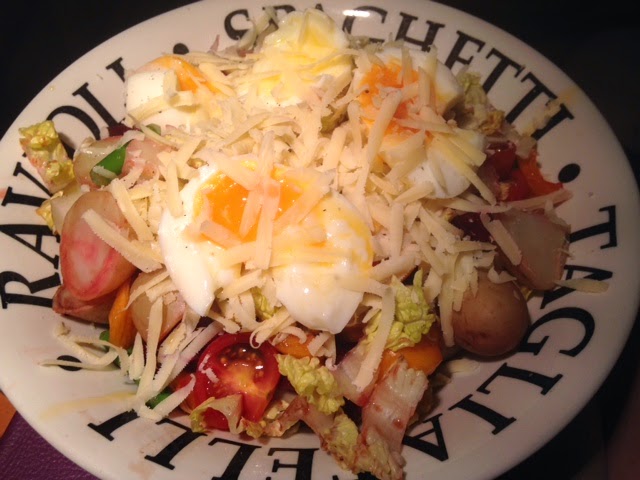 It was a potato salad, topped with eggs and cheese. Very nice and summery and not long after that we headed out once more to see the fireworks that are a weekly event in Yarmouth in the summer. We sat on the beach, all snuggled up and enjoyed them before heading home, where I had a snack before taking the ever present tablets and heading up to bed. And you all know how that worked out... 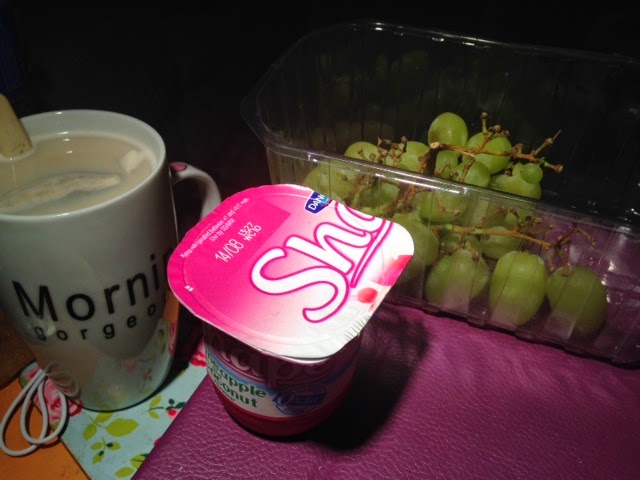 I may not have managed to blog, but I did manage to get 3 positives up on my Facebook Page... 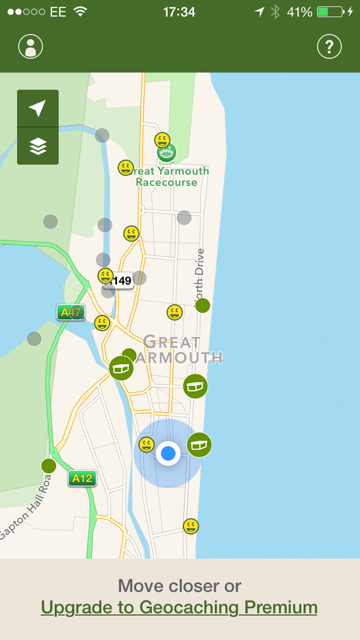 3) I have been totally on plan for 7 days, the first time in over 2 months!

As I said at the start, last night was shockingly bad sleep wise, and we were both going to give up the ghost of sleeping at 9ish, then again at 12ish (when we had finally got a wee bit of sleep) and despite me trying to get a bit more sleep it just wasn't happening and so downstairs I headed, and guess what? Despite being awake most of the night, I hadn't taken a tablet since about 3am, and by 2pm I still hadn't take a headache tablet...I hadn't needed to. Oh the relief...honestly. I've spent 3 weeks feeling like my head is being stabbed, tourniqueted, squashed, poked and generally trying to kill me and to realise that that was finally, finally easing off was amazing. Just wish I'd have been a wee bit awake lol! It took a while for me to get hungry and even then it was only a light breakfast I managed. 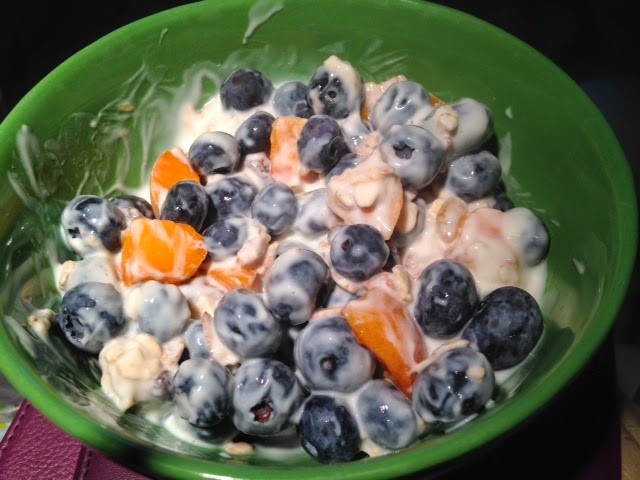 Muesli, yogurt, blueberries and an apricot, which I washed down with the first of my many cups of Chai tea of the day. No coffee, as you may have noticed it's been over a week since I've had any caffeine either, such has been my desperation to get rid of this headache! After breakfast something very strange happened. I felt a strange urge, one that I don't get often, and I'm quite good at ignoring...I wanted to tidy.

It scared me too, but tidy I did, sorting out the dumping ground of crap that is sometimes a dinner table, tidying up bits of the kitchen, tackling more bits and bobs in the small bedroom including a couple of loads of washing and even dusting. Scary. It scared Hague too and he was quite adamant that I should sit down sooner rather than later! Of course I was hungry by then, and so didn't mind too much. 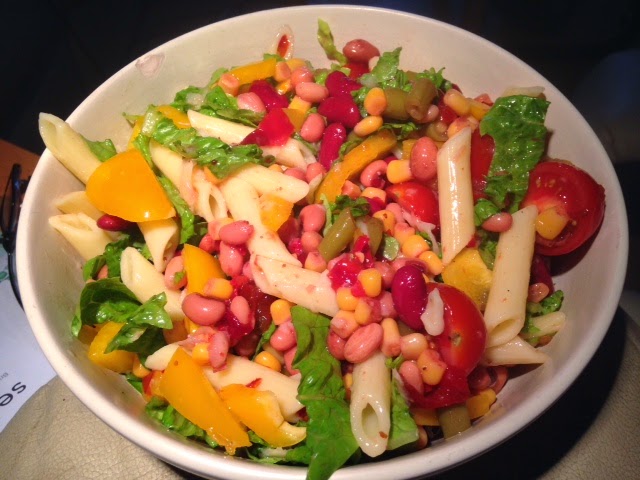 Hague had had pasta for his lunch, and had overcooked, and so I had some left for a salad. I mixed in a can of mixed bean saladd, lettuce, tomatoes and peppers and then added in a couple of tablespoons of the Tesco healthy living honey and mustard dressing. I then got on with creating a playlist for my Dad's birthday celebration, and nattering about TOK's wedding and Hen do's, whilst finally succumbing to some pain relief. Once Hague had headed off to kickboxing, I headed to Tesco to get the shopping bits we can only get there on Margot and then met him at the gym.

Dinner followed shortly after, along with still trying to update, sync, add songs to the iPad! I'd never plugged it into the computer, so you can imagine the fun that was! 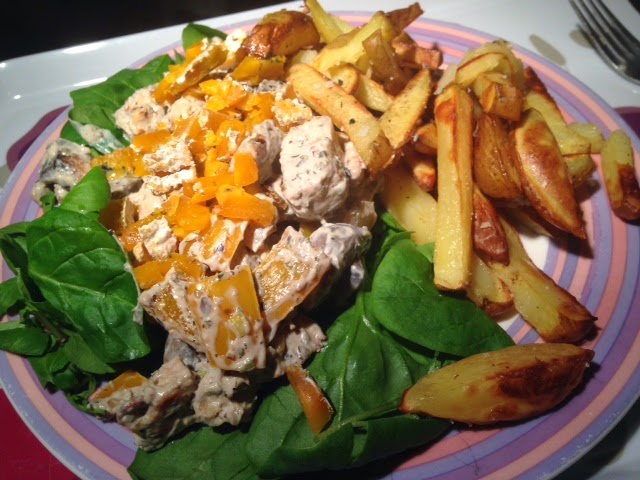 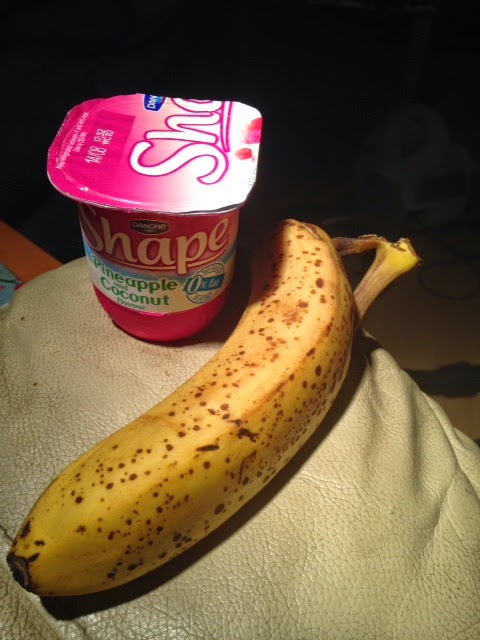 Dinner was something a bit different, and rather lovely too. I created as sort of stroganoffy type thing with Quorn chicken, mushrooms, spring onions and pepper with soft cheese stirred in and then topped with blue cheese, plonked it on a bed of (reduced) watercress, rocket and spinach salad, and had it with chips. Dessert was simply a banana and yogurt. I do have an experiment in the freezer after picking up some 75p lolly moulds though, I shall see how those have worked tomorrow....

Another low syn day, and that's deliberate. With my Dad's do coming up on Sunday I want to be in the best place possible to still get that 2lb loss next week, so I'm keeping low syn as much as possible, so the drinking on Sunday doesn't cause too much damage.

I'm feeling so much better today it's fantastic. I've been making lovely plans for TOK's hen night, got out on Margot again and my head, the normality in my head is just priceless, it really is! I'd forgotten how light and carefree I could feel, it's literally been that bad! 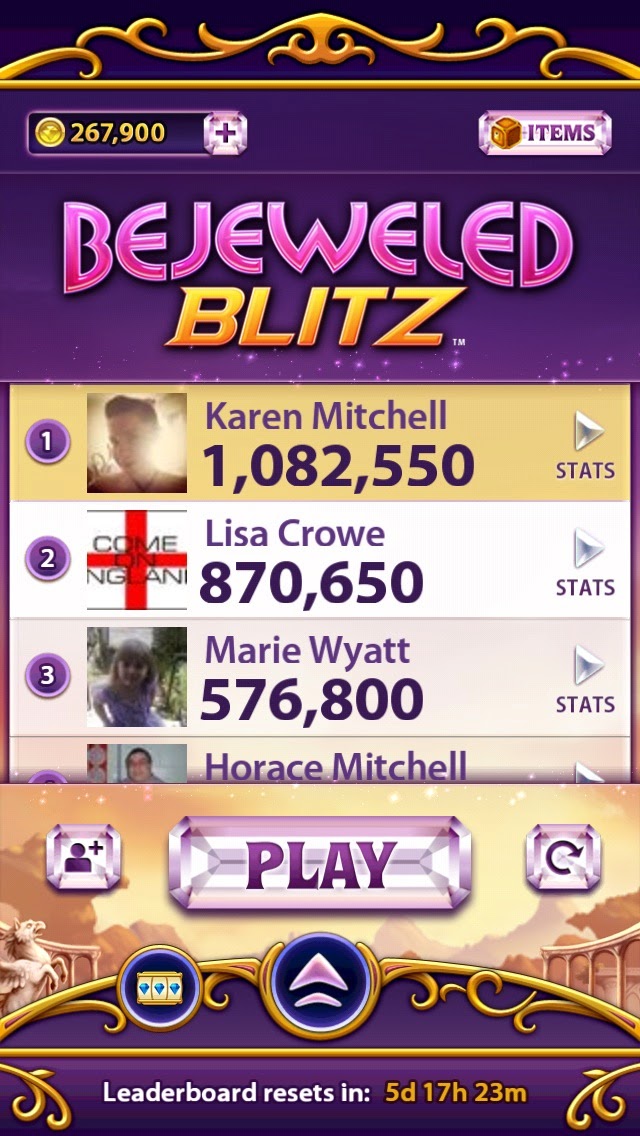 Here's hoping I wake up tomorrow with my head still on the mend, I've just had the two lots of ibuprofen today, and up to yesterday I was having them every 4 hours with co-codamols every 2 hours inbetween just to get to an almost functioning level! I shall leave today's wafflings there as it's once again rather later - something I'm hoping will lead to sleep today, rather than restlessness and frustration. Bring on Day Nine!