Today has been rather mundane, a few little jobs interspersed with lots of lovely food, as I am still on a mission to keep myself active!

I managed another reasonable sleep last night, which was most welcome and was only forced out of bed by the need for a wee. All down to the huge amount of green tea I'm now drinking thanks to it tasting like caramel and gingerbread! We stayed in bed for a while though, as it was warm and comfy, but eventually we had to get up, mainly as we were both hungry. Hague replicated my dinner of last night, whilst I had toasted couscous once more. 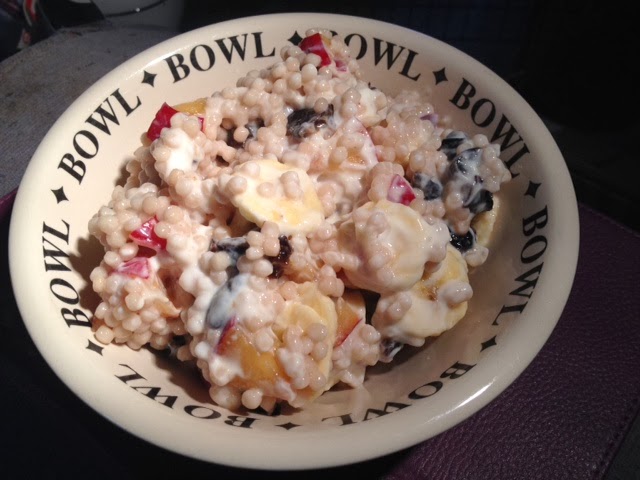 Today's had a banana, a plum and my HeB of  vanilla prunes with some natural yogurt. I do like my toasted couscous! We were then disturbed by the PostMan, who was bringing my latest eBay purchase from my birthday money, a pair of sz16 jeans. I excitedly opened up the packet and was slightly concerned with how teeny they looked....but on they went, and they fitted beautifully. I really didn't think I'd ever get to this point, wearing sz16 skinny jeans, it's insane isn't it? So hard to see the difference, even when we compared the new jeans to my old ones!

Once I'd got out of my lovely jeans and we'd both had breakfast, and a couple of cups of tea we got ourselves busy. With a new gate being put up, and us getting rid of old, broken furniture, we have gathered quite a collection of crap in our yard, and so we decided that it was finally time to get down to the tip and be rid of it. Such excitement! We didn't manage to squeeze the bricks in the car though, so that might have to wait for another day. Once we were home, and the yards were tidied a bit, we headed out for a run. In my efforts to get back up to running 5K I've been zipping through the C25K programme and today we attempted the week 3 run. To my pleasant surprise, that too was easily completed and so for our next run we'll be trying a week 4 run. I've certainly enjoyed getting back into the swing of running, I've missed it.

A quick snack after the run, and it was time to get comfy on the sofa. 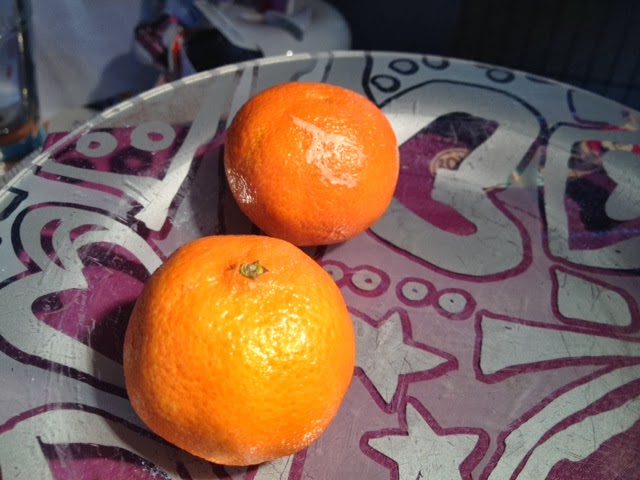 A couple of clementines were never going to tide me over for long though, and my mind soon turned to lunch, which was a minimal effort affair. Just for a change ;o) Leftover bean casserole with spring greens and some rather delicious chips! The casserole had definitely improved too, very tasty. I then decided to have a nice dessert too. 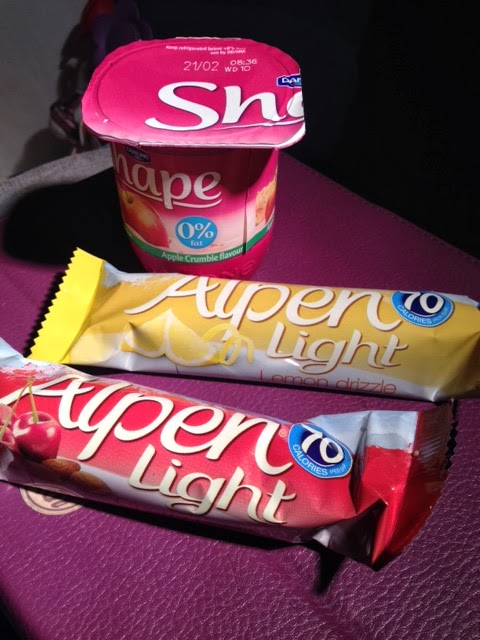 With me nice and full up again, we headed out. Hague wanted a photo frame for his grading certificate and  I wanted to pick up a few bits and bobs at Aldi that are much cheaper there than in Asda, so out we went again. Our meanderings took us to Aldi - where they had none of the syn free pineapple cottage cheese - Asda - for the picture frame and we got ourselves some reduced bananas too, and then onto Tesco, where we loitered with the rest of the bargain hunters to see if we could get any cheap fruit and veggies. We ended up with a 13p soup mix, some peppers for 18p, 7p salad and a loaf of bread for 4p. Not too shabby really. We got a few other bits too and then got ourselves home. I threw the soup mix in the slow cooker and then got nattering away to TOK and Sacha whilst impatiently waiting for it to cook.

It took forever. For some reason I really didn't think it would take too long, as I had the slow cooker on high and it was only veggies, but after nearly 2 hours the veg was still a bit hard. Hunger got the better of me though so I blitzed it and did some cheese on toast on the side. 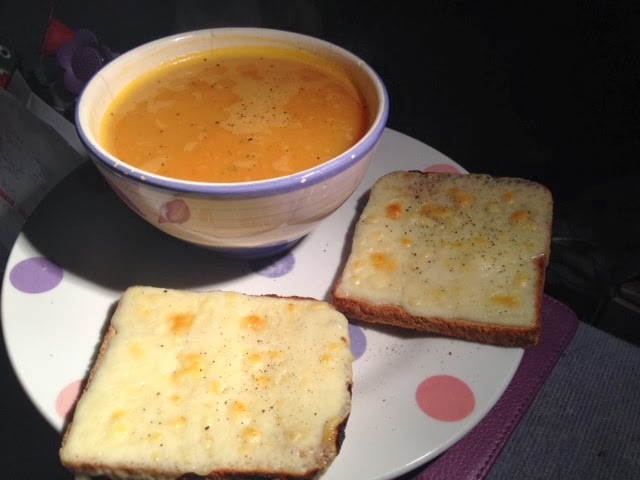 It was a bit thin, even though I only put in the amount of water the packet recommended. Perhaps it'll thicken up a smidge for next time? It was nice enough though, and the cheese on toast was lush! Unsurprisingly, I followed that up with my Daily Danio. 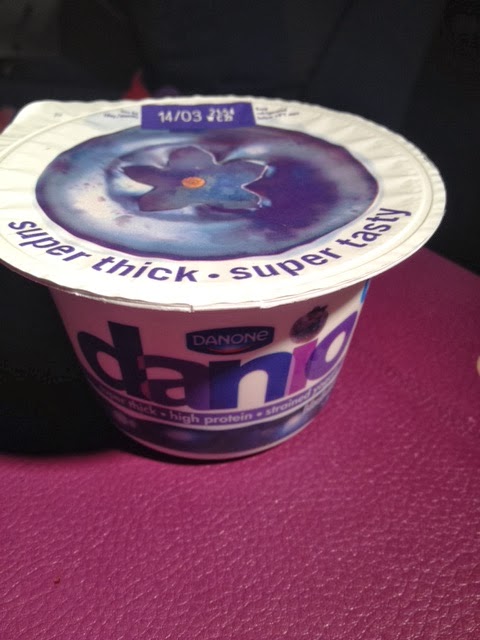 I'll be off to bed sooner rather than later, as I want to get quite a few things done tomorrow, mostly tidying and probably spending yet more of my birthday spends, but it'd be nice to get up a bit earlier!

Not the most eventful of days, but it was nice to get some of the mess gone from the house, and it was definitely nice to fit into those jeans! My brain still isn't working too well though, the forgetfulness is the worst of them at the moment, I'm literally forgetting everything! I'm sure it'll improve with a few more of my happy pills though.

As for yesterday's gain, I've not let it get me down today, after all, it's a new week, a new start and hopefully I'm now working towards a nice loss next week! Just got to keep plugging away and trust the plan.