Once again my plans for the day were thwarted. I got myself up nice and early for my dentist appointment, but just as I was about to leave I checked my phone - missed call from the dentists, the woman who should have been peeking at my pearlies was off sick, and so my appointment was delayed. What's a girl to do? I'll give you one guess ;o)

So after more sleep - why is bed so much more comfy in the morning - we finally stirred at around midday, and my mood actually wasn't too bad, which was a very nice thing to realise. Perhaps my tactic of singing "Happy" from Despicable Me 2 in my head is working? Breakfast was definitely top priority by now though and so Hague got on the case. 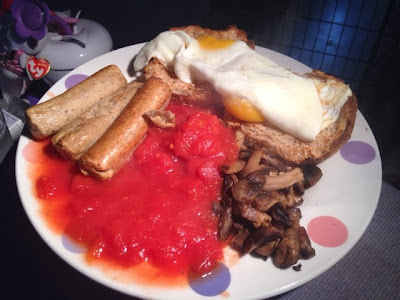 I had a bit of an issue with my eggs, as they did a kind of somersault thing as I tried to put them on my roll, but they tasted just fine. Suitably fortified, and on the outside of a couple of coffee's I got myself dressed again and headed into town. I am making sure I get out every day, however anxious or panicky I may feel - even if I have to force myself. Today's errand was just to pick up my lovely new shirt which just needed an extra bit of room for the old bingo angel wings, so with that picked up along with some milk I headed back home, and almost straight back out again for a run.

It's been such a long time since I've got my lazy self out in my running shoes that Hague and I made the decision to go back to week 1 of Couch to 5K. Even if we found it easy, we figured it was better to go back to basics. It wasn't too bad, we both got through it okay, if a bit out of puff, and so next time we'll move onto week 2. As soon as we struggle we'll stop whizzing through and stick to the plan.

It felt good stretching my legs again, and I'm looking forward to our next run on Friday :) We then had another job to do - and back into town we went. It's upgrade time in our house about now, and as we've been underwhelmed with the T-Mobile upgrade offers, we've been looking at O2, and were given a good quote there, and so off we went to get Hague's new phone....to be told they couldn't do it at that price. Great. As the EE store is next door we went there, and discovered they'll give me a discount too, and so we think we've got him all sorted, and so getting the phone will be tomorrow's adventure out of the house.

By the time we got in, it was getting a tad late, and so I dropped Hague off at boxing before getting myself some food sorted. I wasn't entirely sure what I fancied, so had a sort of thrown together pasta thing. 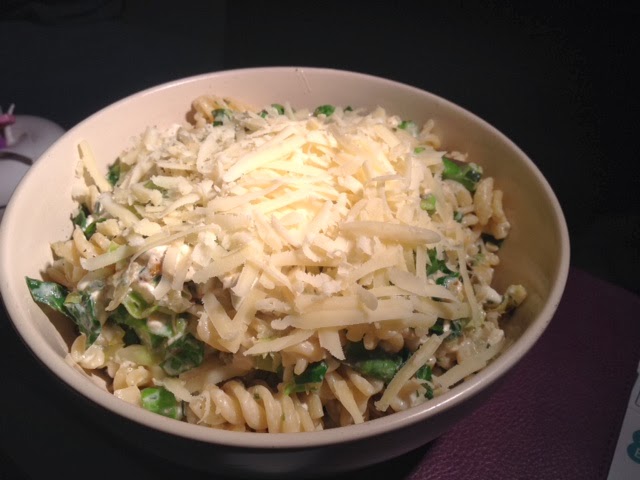 The green bits are asparagus, cabbage and leeks, and I stirred in some cottage cheese with onion and chives once it was cooked. Sounds weird, but it tasted rather nice, dessert was my regular.... 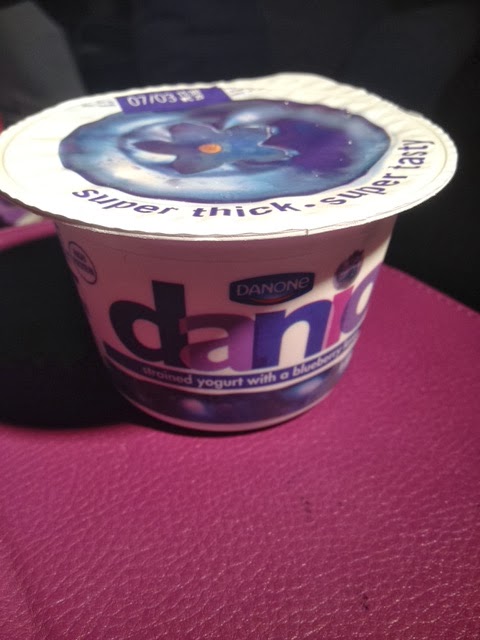 I just about had time to eat before I went and picked Hague up, he had his dinner and after a wee while of actually sitting on the sofa, we headed up for a bath (me with bath snackage). 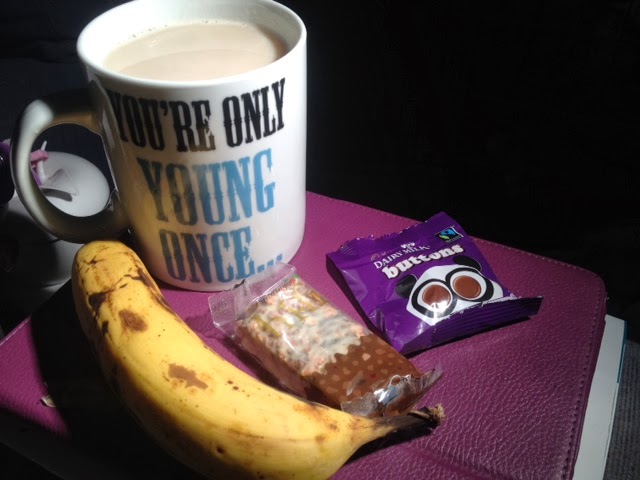 After my nice soak I did plan on an early night, but once more, after lying in bed for an hour or so, I gave up the ghost and figured I'd get a blog down whilst having a cuppa :o)

So that was today, and rather an active day it was too. I just wish it had meant I could have nodded off at about 11 when I first went to bed. Oh well. Hague did make another rather fun discovery today - a refugee from a previous (failed) attempt at Slimming World. 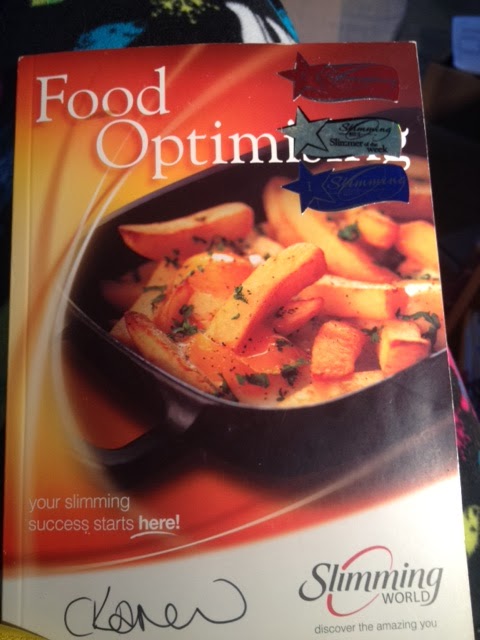 Food Optimising 2007 style! I lost a stone, and gave up, although I've ripped out the weigh in pages so I don't know what I weighed when I joined up that time. I think I might even have older ones lurking somewhere, I know I have older cook books that's for sure :o) Thank goodness I never gave up on the one "diet" that's actually worked for me eh? So on that note, I'll leave you with yet another motivational 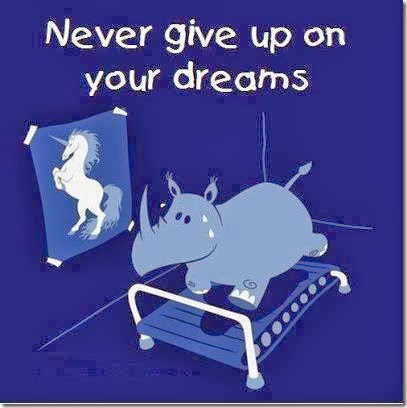