At last I'm back on the bus, albeit a bus taking me to work and through a 12 hour shift, just what you want to usher in the new year eh?

My return to the bus was slightly delayed. Mainly due to cheesecake and orange juice still being in the house - greed got the better of me, and so New Year's Day was a shameful excuse for gluttony. I woke up this morning feeling heavy and bloated. I did have three on plan days - Saturday, Sunday and Monday, and Friday was mostly on plan, but right now I feel like I've gained a huge amount of weight, even though simple physics would show it's not possible - as I bottled my weigh in on Monday, my Christmas gain will remain unknown for now, and it's back to good, honest, filling, tasty healthy food once more...

As today has been almost wholly spent working, I'll whizz through my food for you, mostly as it's already edging towards 8.30 and I need to sleep! 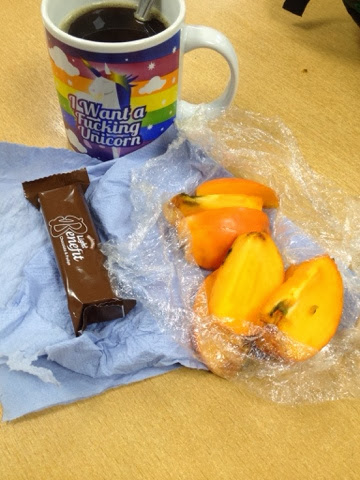 Yes, that is indeed an Aldi Benefit Bar! They have returned to my local Aldi at long last! 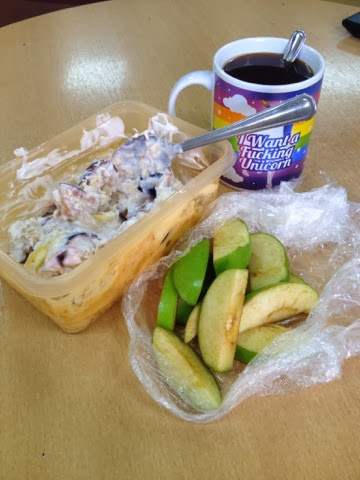 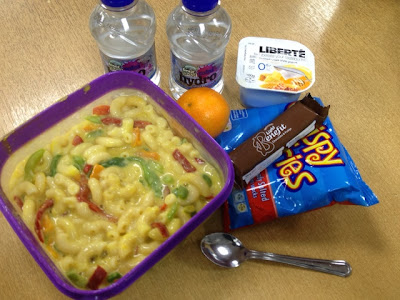 Breakfast was my staple, fruit, muesli and yogurt, and lunch was rather eclectic due to me not having prepared anything, and so it consisted of a tin of macaroni cheese and some frozen peppers! That kept me going until I could escape from work and head home. Home to a rather frazzled Hague who'd had a truly crappy day, but still managed to sort out my dinner for me before he then escape the house to go kickboxing. 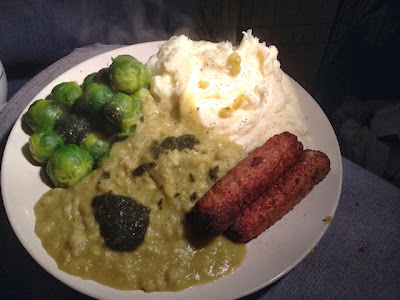 I seem to have developed an addiction to mushy peas recently, and so they appeared again with Linda McCartney sausages! cheesey mash and sprouts. I then just about had time for my bath (with snacks) before I got myself up to bed. 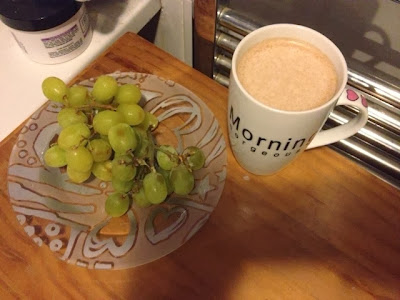 So there we have day one of my 2014 Slimming World journey done and dusted. I'm unbelievably tired, and just want to sleep now, at least it's only an 8 hour shift tomorrow - although I do need to pick up a Great Yarmouth Mercury (or 3) as the Page 3 girl will be quite familiar! Eep!

Despite today being very long and tiring, there have been some good points. One of my favourite apps, GymPact, is now just called Pact and you can pledge to eat so many servings of fruit and vegetables a week - think that could be a money spinner for me right there, so that's a definite plus point on a poo day. I'll cling to that little nugget on a day that has brought me feeling like I've gained two stone, broken internets, grumpy Hague's and precious little time away from work. *sigh*

I hope the pictures in the paper are nice or I might just hibernate until 2015!