My life really is like GroundHog Day at times, I seem to have done nothing but those four words all week, with the exception of radio fun on Monday! 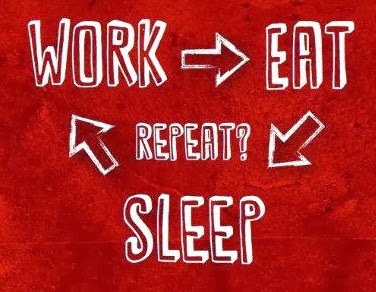 After finally putting down the laptop nodding off at around 9am, I woke up a bit puzzled as to why it was so dark as I’d set my alarm for 4.30. It was nearly 5.30, and my phone was merrily telling me my alarm was going off whilst emitting no noise whatsoever. Thanks for that phone, very chuffing handy. At least I woke up before I had to pick Hague up from the station, that would have been a tad embarrassing!

I got myself some dinner on the go, unloaded and loaded the dishwasher once more and fed my poor neglected Menagerie before heading out to pick up my fabulous man who has been up in Barnsley helping his Mum out for a few extra days. I have missed him so much, but am glad he was up there when he was needed. Still great to have him back though!

As soon as I got in, it was dinner time. 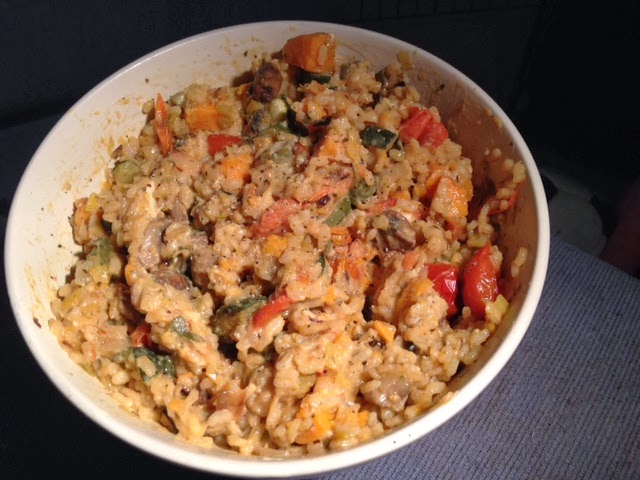 Just oven baked risotto, but it’s rather yummy and and easy – so perfect for lazy days. With that eaten, I had just an hour to snuggle up on the sofa with my Man before having to head to work. You know, I really need to suggest Duvet Days at work, as I SO wanted to stay at home snuggling, even though I already know what the answer would be!

At least breaks were a bit more forthcoming tonight, and the machines were behaving impeccably, which gave me a chance to investigate hotels for a weekend in London myself and TOK have got planned – so exciting! So exciting in fact I had to eat all of these noms to keep me going, although somehow I managed to forget the crisps I’d put with my lunch….no idea how. I shall blame Hague as he is home again ;o) 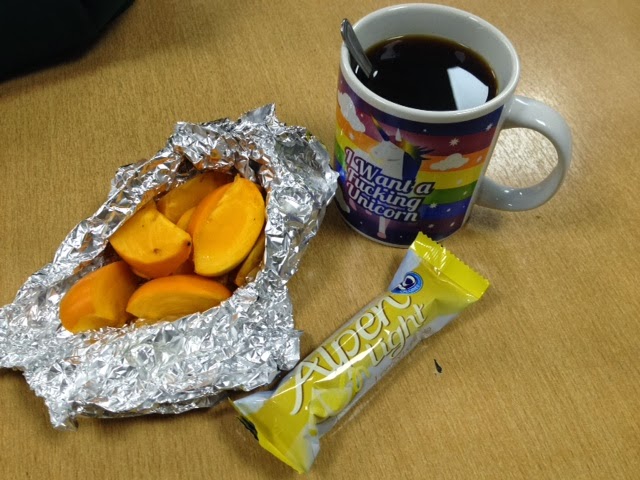 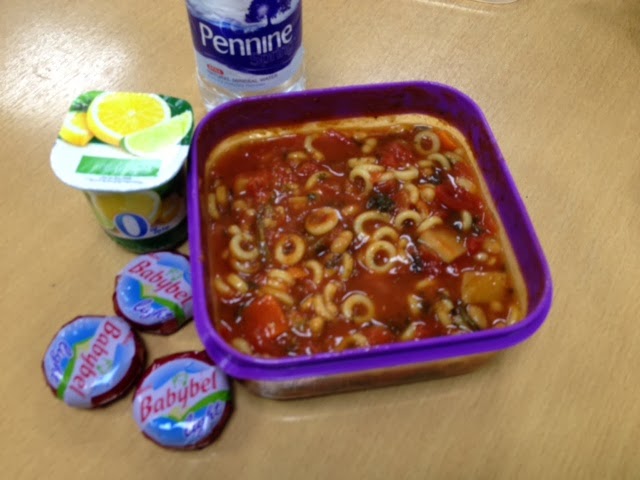 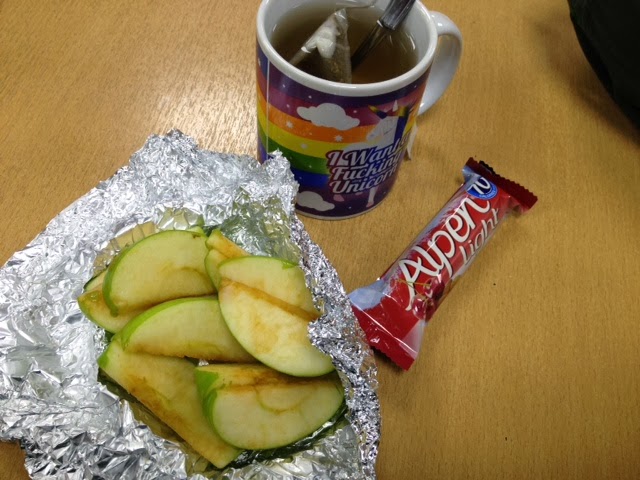 The last of the MitchyStrone soup there! Work wasn't too bad, with the machines behaving impeccably for a change, so well in fact that I might not be in for Friday night! Fingers crossed! Once work was done and dusted I headed home with my mind mulling over what to have to eat, I'd used one solitary syn on some milk in a couple of coffee's and still had a HeB left, so the food world was pretty much my oyster. Sort of. In the end I was umming and aahhing between peanut butter on toast, lemon curd on toast or my last Graze porridge box..... 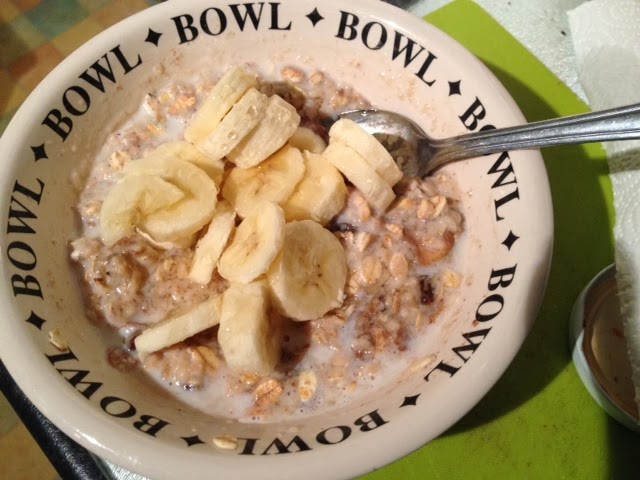 Porridge won. With my HeB of nutty muesli and a banana on top. Lovely it was too!With that eaten nice and quietly I headed up to bed, which had a Hague in it for the first time since Friday :o) Happy Girlie :o)

A 12 hour shift looms tonight - I'm desperately hoping that it's the last one, as I'm now truly shattered. Another 4 weeks stretch, with 3 weeks of those being nights has really taken it out of me. I cannot wait for my week off, I really can't. Plus, I get to spend some time with Hague. Always good.