Pride Before A Fall (Off The Wagon)

What a day! It's been almost a surreal kind of day really, with some massively unexpected things happening, something normally lacking in the cosy, humdrum world I normally meander my way through!

It started too early though. My alarm went off at 8am, as I'd promised to help at my Slimming World group from 9, and so I was up and out bright and early, wrapped up nice and warm - for about 10 minutes as it was decidedly warm for December and so hat, gloves and scarf were cast aside as I walked into town. I was first to weigh in, benefit of helping out and I think we can safely say I was gobsmacked at the verdict from the scales..... 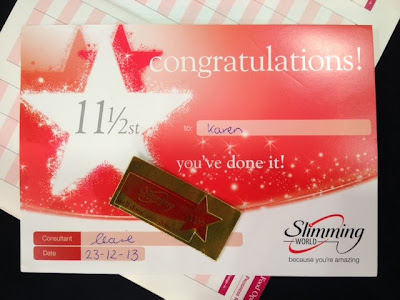 Remember yesterday's blog? With me hoping for a solitary lb to drop me into the 13 stone bracket? Well somehow, I shifted FIVE, and got this award, an award I had secretly hoped to get before Christmas, but really didn't expect to actually get it. I was SO chuffed :o)

I also wanted an up to date picture with my Consultant Claire, a year ago, at the Christmas weigh in I'd taken a picture with her, with the sole intention of seeing how far I could go in a year. Apparently, quite far :o) 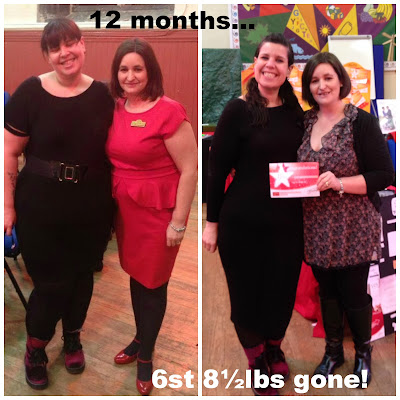 Still too bottom heavy for my liking, but I think even I can see the difference this time! I also had the pleasure of meeting another of Claire's fabulous big losers, Stephen, who has lost 4 more lbs than me. 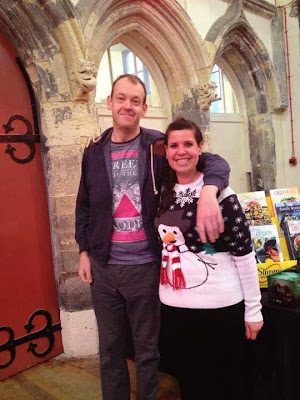 When I add in the fact that our Consultant also has the amazing Helena as one of her members, who has now lost 10st 10lbs, I think we can safely say that she is rather fabulous at her job of supporting and encouraging those of us who walk through the doors and join her group!

Whilst at group, I ate a banana and a persimmon before heading home, weighed down with Slimmer of the Week goodies and some leaflets to drop off on Sunday. I then had to head right back out to pick me up a Hague at the station, and get to Asda to pick up the Christmas goodies. Luckily, despite a few substitutions the shopping was fine and it was before 2pm when we were safely back indoors, both of us to blame for the decision to fall off the wagon immediately!

Lunch was a tad naughty, consisting of some burgers that Mum had given me yesterday in an effort to clear out her freezer, along with chips and peppers (see, still getting superfree in). 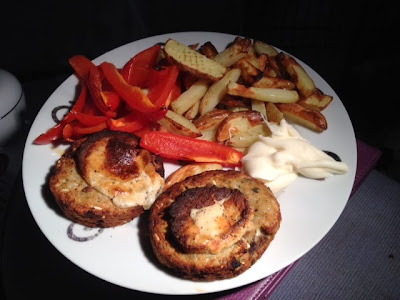 The burgers were a ridiculous 12 syns each, not sure how as the first ingredient was mushrooms! Ah well, best to get rid of them sharpish. After a while I then succumbed to Christmas temptation by opening the biscuits....oh dear.... 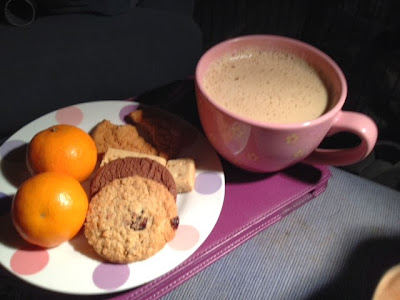 Accompanied by a gingerbread latte. Still clinging onto plan there with some clementines....yeah right....that little lot was followed up with more biscuits and more lattes before a nice soak with some honey JD and a bit of festive Blackadder. 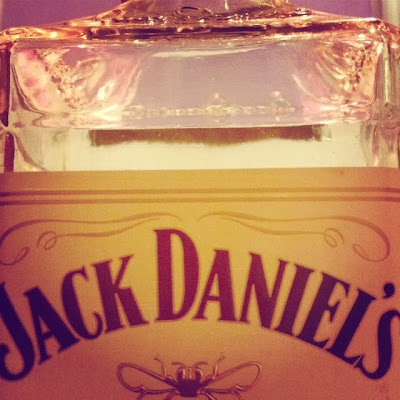 Dinner then followed, which I could kid myself was on plan if I hadn't been eating biscuits and boozing all evening! 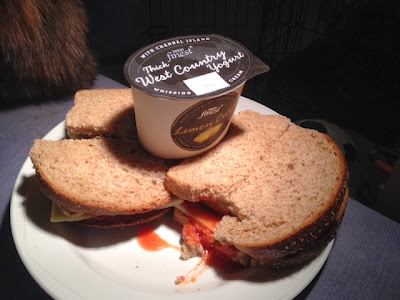 And if it wasn't for the 10 syn yogurt....I'm clearing the house ready for the 27th, thinking ahead and all that! So, after an off plan day, a day earlier than planned, I shall leave you with the positives of this rather wonderful day. 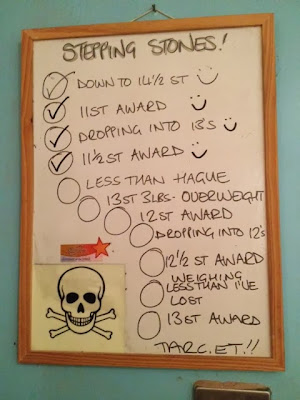 Although it will need extending as I've now officially changed my target to 11st! Eeek! As a food diary would be a tad futile I shall leave you a photo of a rather festive - thank you honey JD - Hague and me :) 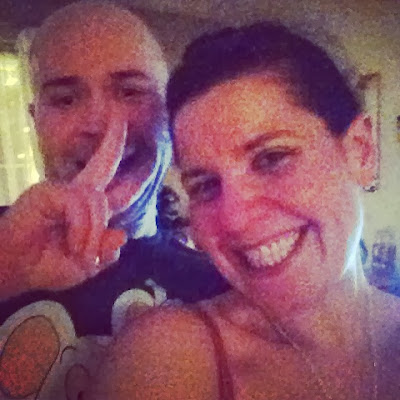 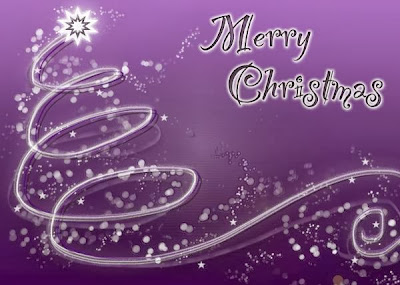