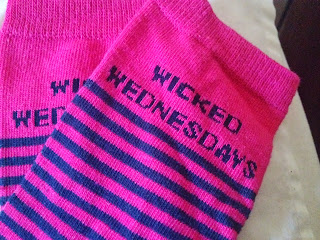 Not entirely sure you delivered on that if I’m honest though. Can’t complain about my sleep though, I was gone almost as soon as my head hit the pillow, was stirred by Hague for a kiss when he left for work and then knew no more until about 2pm. Lovely. I actually woke up feeling reasonably refreshed, and after reading some comments on my whingy FB post about not being able to run I decided to go with the advice from friends and get out for a run. It was my first post C25K run, and so my first one playing with the Zombies, Run app. I didn’t quite manage to run the full 30 minutes, mainly as sprinting away from zombies nearly killed me! Yes, you did read that correctly, as part of the mission, you get a warning beep when zombies are close and you have to up your speed by 20% for a full minute to escape them. 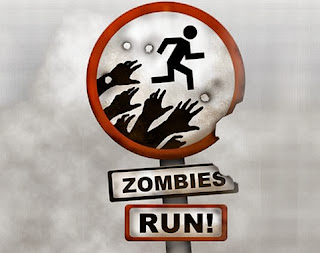 To more mature, grown up people, this is known as interval training…me, I need to run from zombies :o) Apparently I’m not too good at it though, and got caught twice, so much improvement needed if I’m going to help rebuild a township….Can you tell I’m liking it already?

With my run done with, and a not too shabby 2.7 miles covered, it was bath time, accompanied by what I can only describe as my best effort at an actual breakfast all week. 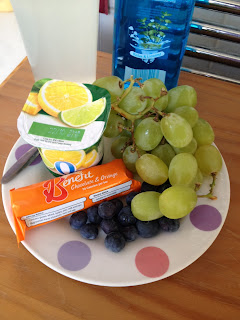 I knew I couldn’t soak for hours as once Hague had finished work we were going to pick up yet more gym equipment. This time a cross trainer from the rather bloody wonderful Julie from my SW group. Another truly inspirational lady that I am so happy to have met. Slimming World is wonderful in so many more ways than just losing weight. Anyway, I digress. I got myself out of the bath in plenty of time, and instead of just getting ready decided to dive into the ever decreasing pile of clothes in the Too Small box. Once more I was pleasantly surprised to slip into pair after pair of sz18 jeans, only to put them into the box to be got rid of as I no longer liked them, fickle…moi?

Anyway, with barely any clothes now left in that box, Hague was home, and out we went. It was interesting fitting a rather large cross trainer into a rather small Ruby Poo, but in it went, and off we went, boot open and Hague clinging onto his latest toy! With jobs done, it was time for dinner, which Hague did most of, ‘cause he’s rather lovely like that. 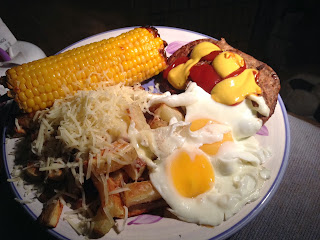 Unfortunately, once again I hadn’t come into a lot of money overnight and so couldn’t stay on the sofa snuggled up to many animals and a Hague, and off to work I went. It didn’t start too well, with the previous shift having had problems, but soon things settled down and the shift settled into normality. Food wise, I scoffed this little lot whilst most of you were sleeping. 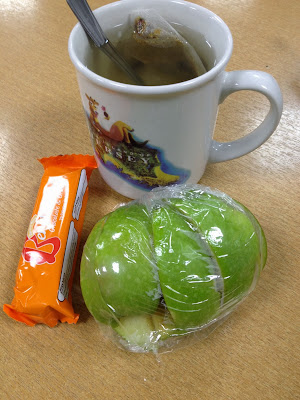 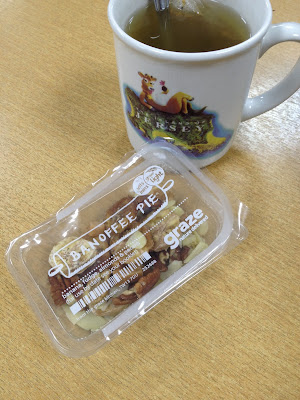 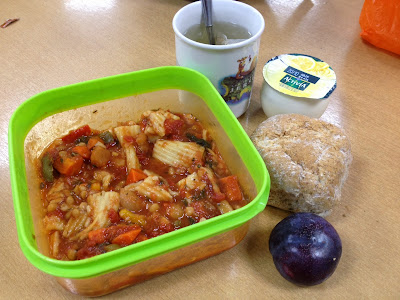 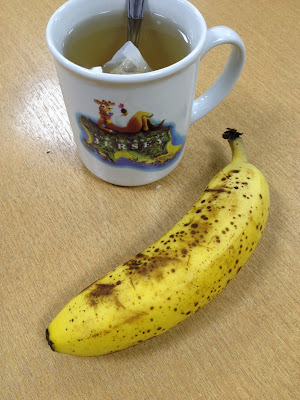 As I'd had a rather lovely sleep, I decided to head to the swimming pool after work. I nearly didn't make it, the weather was awful, absolutely awful. Freezing cold and horizontal rain and I nearly turned back after getting out of the front door. I persevered though and made it to the pool, but only got 30 minutes of swimming done as I was feeling really weary and it seemed like a huge effort, so I swam my 30 lengths and got myself home and in a hot bath before retiring to bed. 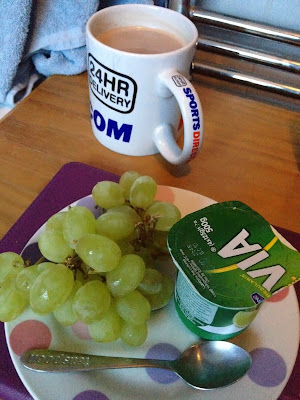 So...what did Thursday hold? What did the socks predict? 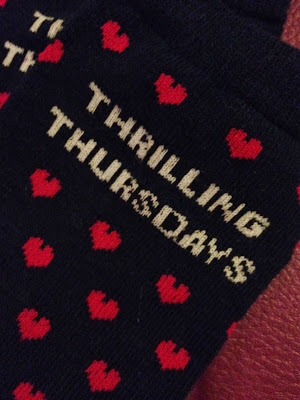 Thrilling? Really? My socks really do have a strange view of my life that's for sure. The thrilling start to my day was mainly me rummaging through the cupboards with absolutely no idea what I wanted to eat. After about 5 minutes I gave up and had a cuppa before venturing back into the kitchen where I ended up having the oh so not thrilling choice of cheesey pasta. 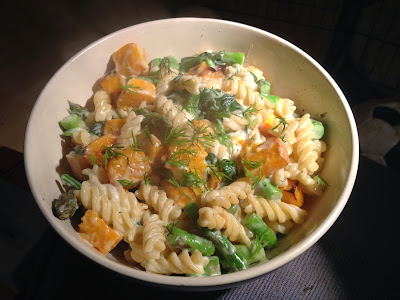 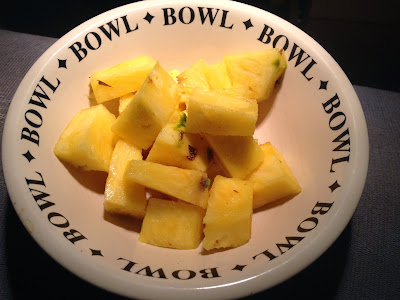 The pasta was adorned with some Dill, perhaps that was the thrill? It also had butternut squash, asparagus, spinach and mushrooms along with a tub of LowLow.

The pineapple was eaten after I'd dropped off Hague at his kickboxing, as it was still absolutely lobbing it down! With that eaten it was pretty much time to get myself ready for work, especially as I needed petrol so had to get out early. Work didn't start off too well as they were having issues, but things soon settled down to the normal routine - albeit it with extra rage due to huge delays on the line meaning it went from looking good for us not being in on Friday night to us definitely being in. Perhaps the socks should have said "Terrible"? Snack wise, Thursday was pretty standard, but for my main meal I tried something a bit different. 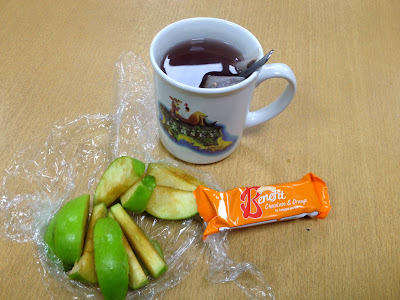 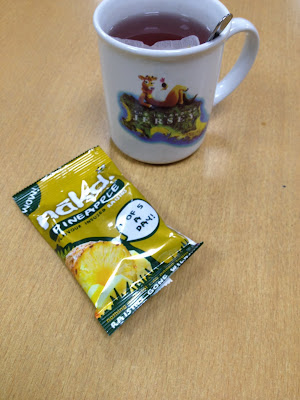 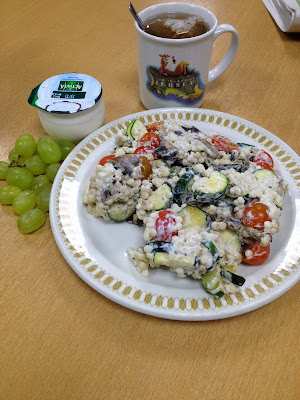 I thought I'd give the toasted cous cous a go in a savoury dish, and surprisingly it worked. I mixed it with reduced fat soft cheese and veggies, so nice and easy too. 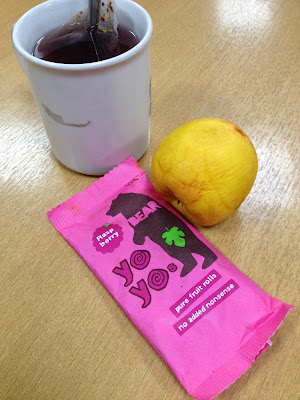 I think we can tell by the lack of bananas and the sorry looking nectarine that shopping is due ;) Once again I felt okay after work and so I headed out for a run. Not with zombies this time, I went back to Laura of the C25K podcasts, as there are also a set of C25K+ podcasts for those of us who have graduated the original programme. One builds speed, one stamina, and one is a stepping stone to improve your running and slowly increase your speed. I went with the stepping stone one which gives you music of a certain BPM to get you running in a steady rhythm. Obviously my rhythm was okay as I covered my usual 2.6 miles in 30 minutes lol! I'll definitely be trying out different things though to keep it interesting for me, plus now I know that running to songs of 150 bpm will give me times of around 11 minutes/mile I can sort out a playlist of my own music too! Of course, after a run, it was bath and hot chocolate time! 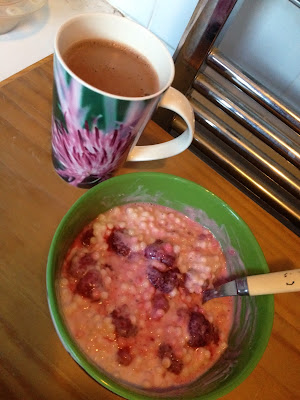 I may have overdone the couscous for lunch as you can tell ;) The hot chocolate was delicious as well, it was one of the indulgence Options, which are 3 syns, but utterly worth it. Yum. Then it was time to crawl into bed :)

So, Friday. A day that I had such high hopes for, with plans of maybe a lovely late swim, time with Hague before he heads off to Barnsley and then another Park Run on the Saturday morning....all plans based on the rather realistic hope that we wouldn't be in. Hopes that were thwarted by lines stopping for over 12 hours due to not having any pallets.....yep, really. So when faced with my sock drawer, and a pair of jaunty socks declaring that Friday would be fabulous I ignored their mocking happiness and went for plain ones instead. My mood wasn't improved by the fact that it was shopping day, although as Hague wanted to go to Sports Direct at least we got some fun shopping in first. Well, I bought some running gloves anyway! We then did Aldi and Asda, overspending massively for a change, and bought so much fruit we now need FOUR fruit bowls. FOUR. We used to have one that we never used. How things have changed! By the time shopping was done and dusted I literally had time to throw my dinner down my throat and head to work. Grumping all the way. 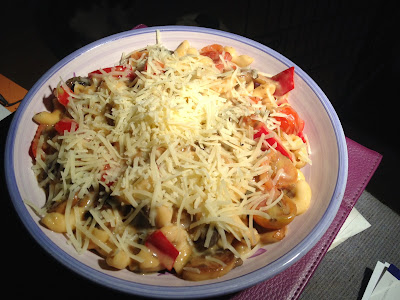 Shows how little time I had, dinner was a tin of macaroni cheese with veggies and topped with cheese! I drove to work, in the rain. Got to work and the lines were still running. Not helping my mood. So the best I could hope for was getting home a couple of hours early. Still better than a whole night, but buggering up all my nice fun plans. Ah well, such is life right?

Work wasn't awful, except for me being there, and foodwise it was lighter than normal as once the lines ran out we all got stuck in cleaning rather than have lunches and stuff! 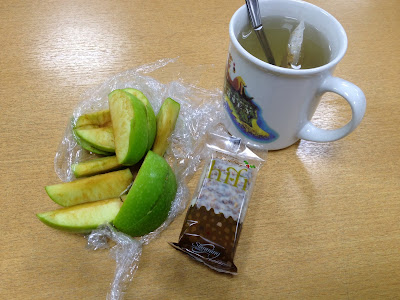 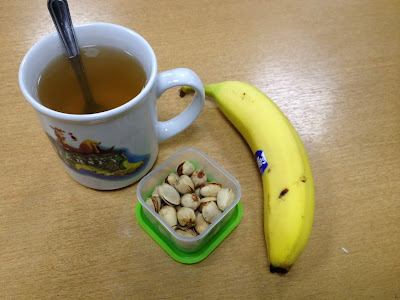 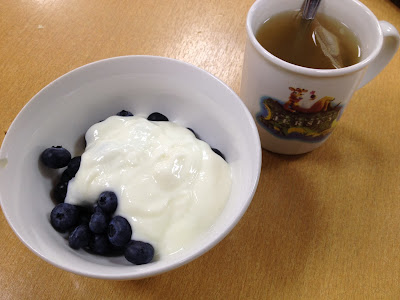 We finally got done and dusted just before 4, and so I was home not long after. Hungry though, and so I rustled up a quick breakfast type thing with hot chocolate before bed. 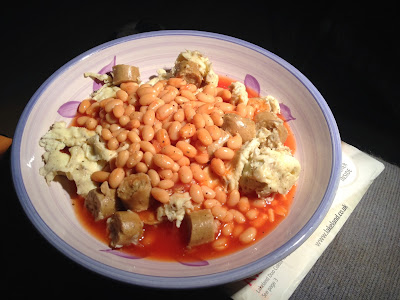 Phew, what a catch up of the WTF days! My mood has settled down a bit now, only a bit though as the weather is still rather pooey and Hague is in Barnsley. I do have fun planned though as tonight I'm heading out on a much delayed Hen Night (not my own). To an Eighties night. Dressed in a onesie. Yes, it shall be one of those nights! I'm currently planning to stick within my syns, as I do want a loss next week!

It's not been the greatest of weeks, I seem to have done nothing but work and sleep, I've barely seen Hague and this cold is still lingering. On the plus side, I'm still firmly aboard the SW bus, I'm nearly done with week 7 of my Gold Body Magic award and my week off is looking much closer from here! Well, I'd best go get another coffee and get into a nice bath in preparation for my girlie night out. Here's hoping it doesn't get too messy.... 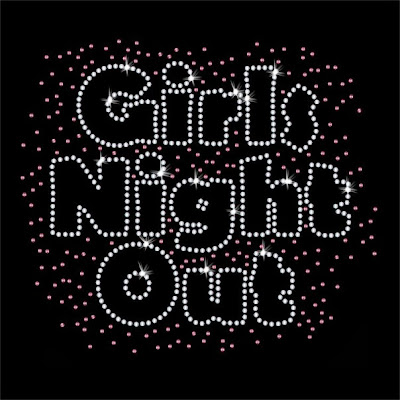