Sunday was rather busy, which is wrong. In the MitchyHague household of old Sundays were spent doing nothing whatsoever, but it seemed like we had ants in our pants yesterday and we just kept finding ourselves doing all sorts of little jobs!

We were even up reasonably early, for us, with us both stirring at around 10am. I decided on a nice cooked breakfast, after the obligatory coffee of course. 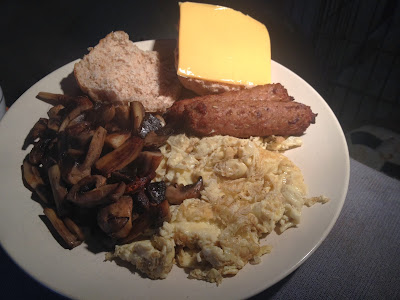 Rather yummy it was too, and followed up by another bucket of coffee :) We then decided to get to work on our home gym. It was nearly there, but had a few random bits of crap that we needed to get sorted and so that was our job for the day. Although I also got myself some soup in the slow cooker in preparation for work next week. I then spotted the post I'd been waiting for on FB...ParkRun post the results of each race, and I wanted to know what my official time had been, I was so excited.....and the results were in!

Not the easiest thing to see, I'll grant you...but I was 149th overall, and 47th female, with a time of 37.19. Not too bad for my first 5K eh? Hopefully that time'll come down next time! Hague has also said he wants to join me to see how he gets on, so definitely something to look forward to, with such excitement over, it was back to the sorting and tidying.

With a few odds and sods put up for sale on Facebook, and all gym equipment now in a position where it can be used, we decided it was a job well done. I had kept Hague company whilst it played about by using the AirWalker which I have got rather fond of. Of course by then I was rather hungry, and by a lucky coincidence the soup was ready! 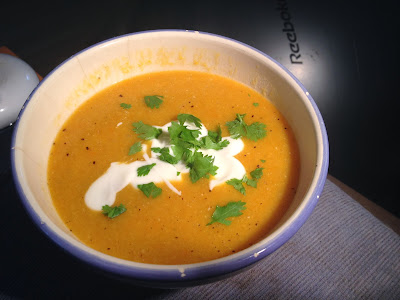 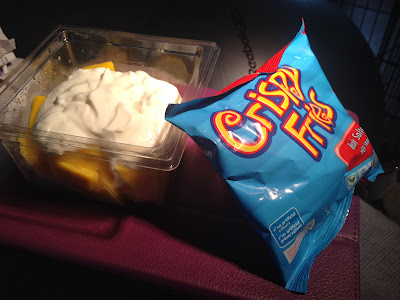 Another batch of the lentil, carrot and coriander, followed up with mango and crisps. Tidying is hungry work you know! I had wanted to then spend the afternoon watching the West Ham game, despite us playing away at the Tottscum, but was thwarted by it not being on Sky Sports. gutted as for the first time in 14 years we won there, 3-0. Ah well. At least we  got the result, even if I couldn't see it!

With us now sorting and tidying odds and sods downstairs, and finally getting rid of the radiator that has graced our hallway for years, in fact it's been here longer than Hague, the ants in our pants were well and truly in charge and so I threw a snack down myself and headed out for a swim. 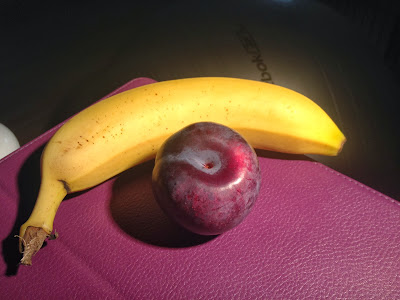 Luckily, heading out a bit later meant that the pool was a wee bit quieter, although I still had a lane hogger join me about half way through my swim, just generally splashing and swimming with no regard for me...Grrr....thankfully, next week I'm on nights, so can go for a nice swim after work. With 50 lengths swum I headed up, where the lovely Hague was working on dinner, and so I got myself showered and got myself fed. 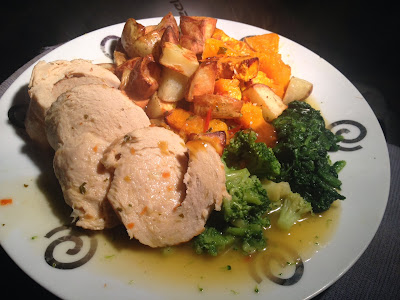 Syn free roast dinner. Lush! I then spent the remainder of the evening aboard our lovely Purple Bus, where the wonderful TOK had reached out for some help, and our little group showed just how amazing it is. I hit a problem though. I seemed to be getting rather snotty, and a sore throat was appearing...not good, and a sign that Hague had passed on his cold. Oh dear. I was also incredibly tired, at 10pm. Fabulous if you're a normal person, not so great if you're on nights. I had a snack made up of my remaining Healthy Extras, but it didn't particularly help 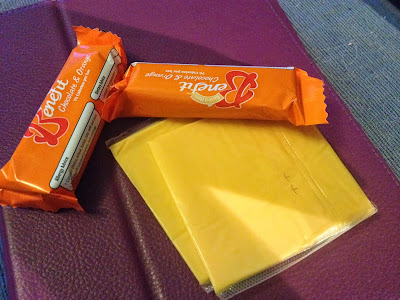 I was fading fast I had to head up to bed, and pretty much slept through, so fingers crossed I make it through my 12 hour night shift later on!!

So that was Sunday, and work will shortly be upon me *sigh* I shall blog as soon as I can, as bed will probably claim me as soon as I'm home in the morning!