Perhaps unsurprisingly, after six very early starts, I didn't get an enormous lie in today. I DID get 5 more hours sleep than the rest of the week, but that still meant I was up for half past 9. On a Sunday! Ah well, it meant that me and Hague had ourselves a bit of time together, which has been a rarity indeed this week. Although he then had to head off to work. I had planned to walk in with him, but being a bit lazy won out and so I settled in front of Fat : The Fight Of My Life with a large cup of coffee whilst the porridge oats soaked for my breakfast.

In between putting the pan on, beating eggs, cooking pancakes and then turning them over I enjoyed the shows where "super morbidly obese" people had their lives changed by Jessie Pavelka. Watching the show was a bit of an eye opener, as in the two shows I did watch the subjects weighed 26 and 22 stone.....they looked so much bigger than I ever thought I was, which is scary. Perhaps I was in denial over my size? I'm not sure, as most people are surprised when I tell them my starting weight, but when you're wearing size 32 jeans and can't climb a flight of stairs there is really no question of the fact that you are in the realms of super morbidly obese. Thank goodness I finally got my head in gear and joined Slimming World!

Anyway....I was in the middle of sorting breakfast....so here it is. Magic pancakes with blueberries, and bloody handsome it was too :) 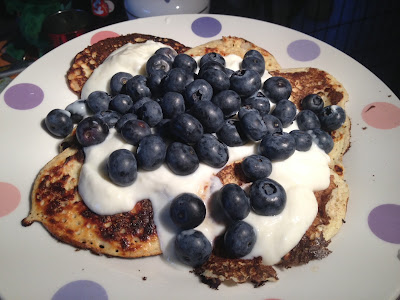 I used an Activia 0% lemon and lime yogurt in the pancake mix, and on top and it really worked with the blueberries, definitely a combination I'll be having again. With breakfast eaten I finally did head out to see town, via The Elizabethan House museum to see Hague. I managed to pick up some more of the toasted cous cous, and had a general wander around town before heading back home, by which time I was hungry again and so started on lunch. 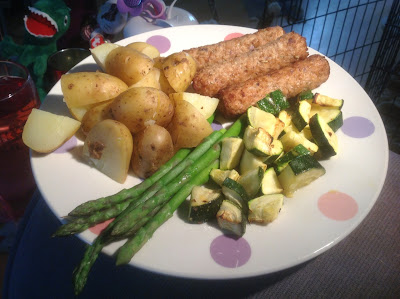 Three LM rosemary and red onion sausages with courgette, asparagus and some Jersey Royals with ½ teaspoon of olive oil drizzled over them, just one syn, but enough to give the potatoes that lovely taste. It wasn't much later when off I headed again, this time with The BooDog to meet Hague from work. He was a bit delayed and so we made the most of the sunshine :) 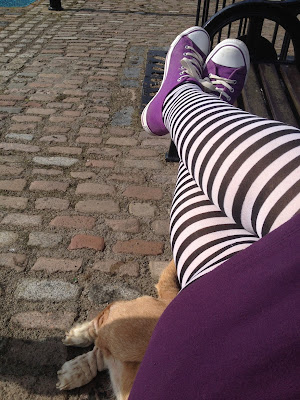 As you can see, both me and Boo had a bit of a rest before Hague joined us and we could head home. Can you tell I'm taking part in another work challenge ;)

Whilst at home I'd put a chilli in the slow cooker, mostly for me at work next week, but it did Hague for dinner as well, whilst I had myself a snack.... 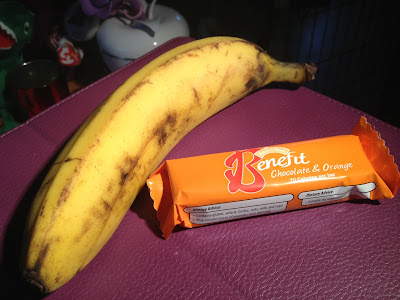 ....and once that had gone down we were out once more. This time to start week two of the Couch to 5K programme, this week we are jogging for 90 seconds with a 2 minute recovery walk in between each one. Definitely harder going that last week, but it's all about pushing yourself, and with that 30 minutes of activity, I achieved this... 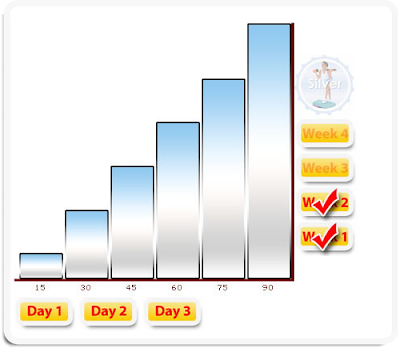 Week 2 of the Silver Body Magic award that I didn't think I'd have time to do :) I'm halfway there already! It was then time for a cuppa and a bath to recover whilst I pondered dinner, and I decided to kill two birds with one stone and make a Mac n Cheese, both for dinner tonight and to take into work next week. 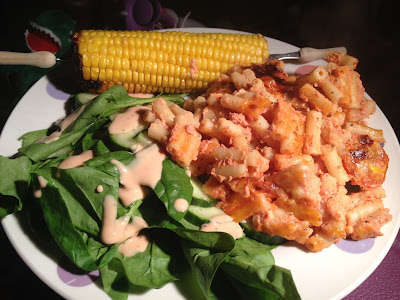 I found room for some dessert too - a sort of Eton Mess type thing with strawberries, mini meringues an Alpen Light and some yogurt. 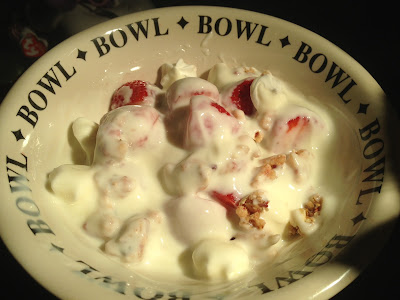 Today really has seemed like a long day - but I guess I've crammed a lot in! I've walked nearly 7 miles and in a huge contrast to last Sunday's 2713 steps, today I've done 16,117! No wonder I'm feeling tired with all that fresh air in my lungs, not to mention all the batch baking done so I have food for my three 12 hour shifts next week. I am starting to get a bit concerned about the increase in exercise showing on the scales though. It's not unheard of for people to have a gain when they start to up their activity, and knowing that my body doesn't need much excuse to play games who knows what weigh in shall hold this week?