At long last I'm feeling better. This migraine was a doozy, and I couldn't be more relived that I'm finally feeling myself again. It's only taken 3 days, a metric f*ckton of painkillers and a barrel load of sleep today to get there, but at last I'm feeling human again (hooray! I hear you all shout, no more bloody moaning!) 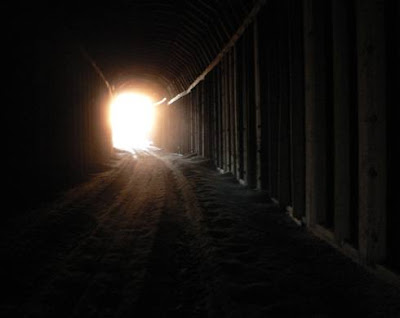 When I finally got out of bed at around 6.30pm I still felt very tired, but my head was a lot clearer, it was a rather wonderful feeling that's for sure. I spent this afternoon reading through various websites to try and find out a bit more about migraines and what I can do to prevent them getting so bad in the future. I now have a bit of an action plan to work on to try and beat them. I'm well on the way to doing just that with both depression and my squishy-ness - migraines, you're next :)

I had got up a bit earlier today. Hague had to head to work to get his CRB check sorted, and whilst he was out I had to get myself something to eat as I was starving. As you may have noticed my appetite hasn't been that great over the last few days, but it was back with a vengeance today, so I rustled up something quick as I really wasn't feeling up to much at all. 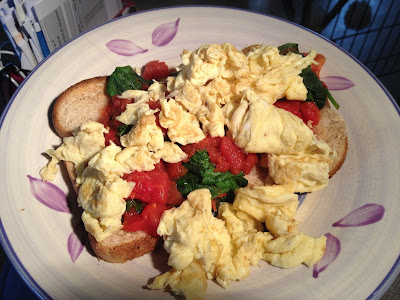 Just scrambled eggs, tomatoes and spinach on toast. With that eaten it was back to bed for me - although whilst breakfast was settling I had rather an interesting discussion on Facebook, just asking the simple question - Why don't you stick to plan? It was fascinating to see two distinct points of view - those who seem to have a mindset similar to me - as in, this is now my way of life, so I will eat the SW way, including flexi days when I need them, and people who seem to fall off plan as it's the weekend, as they have kids, as they haven't planned, as they wanted chocolate, as they have no will power.....No one was making excuses, they were just being honest. I wonder if just posting their reasons will have people double thinking themselves next time they reach for the chocolate. I just know I want this more than I want any food - although that theory was tested severely today when TOK sent me this picture... 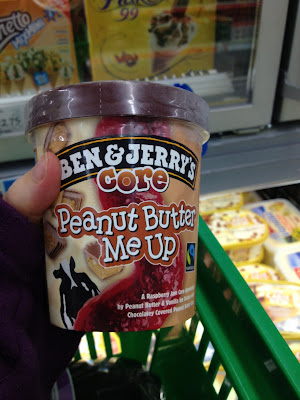 When I say I want to lose weight more than I want ANY food, I was unaware of the existence of this....I checked the syns (look away TOK), and that tub would set me back 55 syns. I'm sorely tempted to save up some syns and try it :) 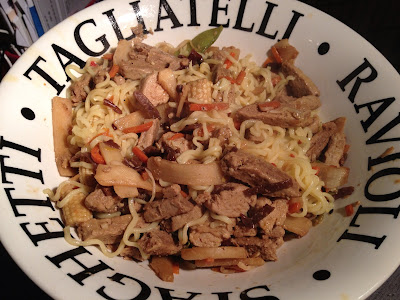 A noodle, Quorn and veggie stir fry, made with Quorn chunks and steak strips, some supernoodles and frozen stir fry mix. With some Wok frylight and soy sauce for flavour, it was a rather tasty dinner courtesy of Hague, who had the same! I know, shocking eh?

Even after dinner, and two large cuppas, I was still a bit peckish, and so after a couple of hours I did myself rather a large snack. 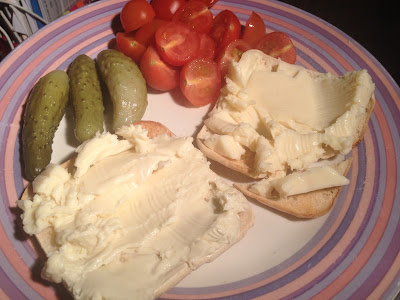 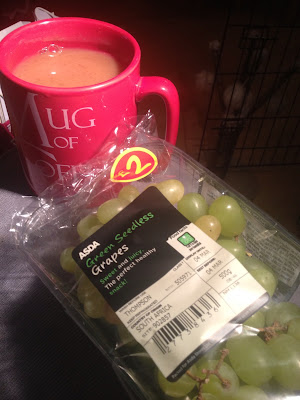 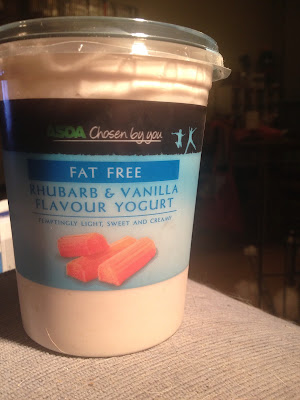 I rather enjoyed the cheese laden Warburton thin with some tomatoes, and the yogurt. The cuppa came a wee bit later when we'd decided to watch The Hunger Games, so picked at some grapes whilst it was on. Even that wasn't enough though, and so I had some Crunchy Curls too :) I'm definitely feeling better! Plus another cuppa, which is rather a trial at the moment as all water has to be boiled in a pan due to the untimely death of our kettle. Thank goodness for my Mum, who has a stock of household spares due to my Dad working away all over the place and needing to be kitted out! So a temporary kettle will be with us shortly.