Avert Your Eyes - Off Plan!

As I warned you yesterday, today was a girlie lunch day. They are not known for their Slimming World friendly food I'm afraid. When faced with a menu, I crumble! Thank goodness they're only once a month (and this is the first one since November). Those of a weak disposition (willpower wise) might want to look away now... 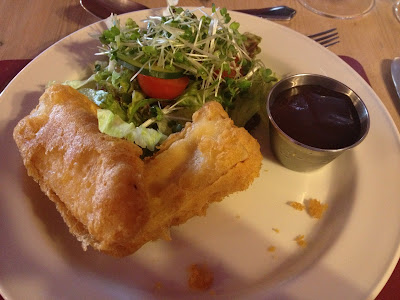 As a vegetarian compromise we went to The Brick Kilns in Little Plumstead, as it has a huge vegetarian menu. Apparently The GirlyWigs (my Nieces Jenna and Carys), can't be expected to eat vegetarian food lol! Anyway, the food was rather damn delicious, and faced with such a huge veggie menu I struggled to pick as it all sounded delicious! Anyway, for a starter I had the deep fried Brie - which was beyond delicious. 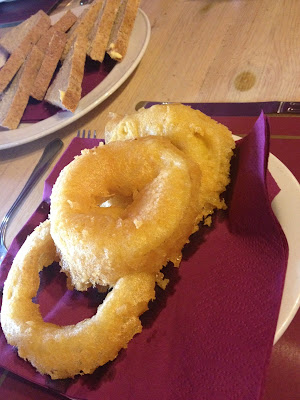 The GirlyWigs had onion rings as their starter, but didn't eat them all, so one of them may have ended up in my mouth - oops! 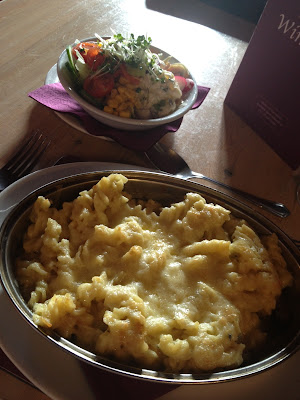 In another dimension, my main course would be very SW friendly. Pasta with mushrooms and Stilton with a side salad. However, the pasta was super cheesey, full of delicious Stilton and topped with Cheddar and the salad contained coleslaw and potato salad. It was gorgeous though, and the portions were huge! My Sister's fish was the size of a whale and as for Jenna's jumbo sausage...*insert comedy comment here* 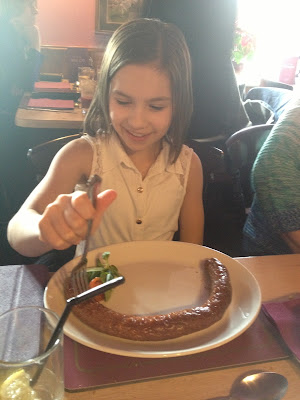 As if a mountain of cheese wasn't quite enough, me and my Mum also polished off a couple of bottles of wine too. Well it is still my birthday week ;) 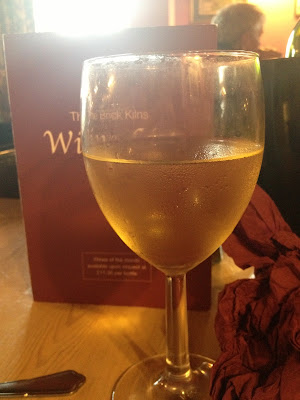 The dessert menu was also huge - and full of utterly gorgeous sounding sweet treats. I managed to narrow it down to two, but really couldn't decide, so my Mum told me to get both! Luckily the waitress did bring smaller slices of the two desserts I'd ordered (compared to everyone else's anyway)! First up was Toffe Crunch Pie, which was....well.....beyond divine, it was just gorgeous! I could have eaten 2 slices of this lol! 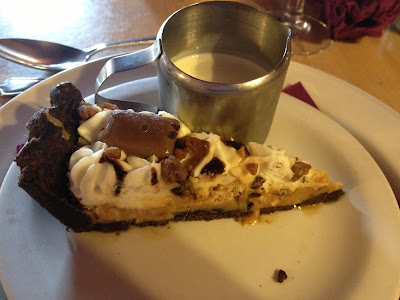 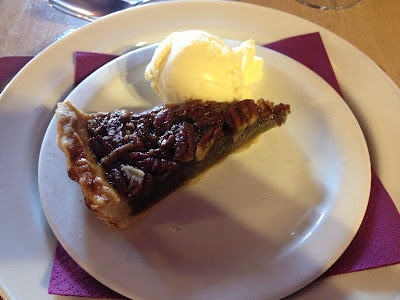 A Pecan Pie was the second dessert, and I had a spoonful or two but couldn't eat anymore. Luckily it wasn't as nice as the other pie though! I was absolutely stuffed to the gills when we left the restaurant (unsurprisingly) and after I was dropped off I was ready for a nap!

However, as Hague had been busy all day pulling down the kitchen ceiling, I spent a bit of time with him first, he was knackered, and so I kept him company whilst he had a shower before attempting to sleep off the mountain of noms I'd consumed!

Even after my nap I was still hugely stuffed and so kept myself occupied with going through one of my recipe books and marking up recipes that could easily be made SW friendly. So lots of new ideas coming up soon! 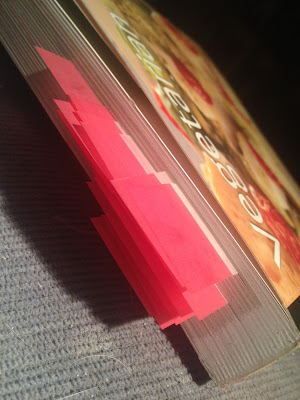 The highlight of our evening was most definitely the new series of The Walking Dead - worth the wait that's for sure. Even though our wait was only 24 hours but still... :) After that, I finally felt a bit peckish again - only 8 hours since I'd got home from lunch - and so something low effort was the order of the day. 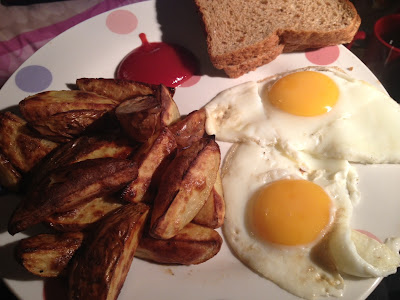 Good old egg and chips, with a tbsp of ketchup and 2 slices of bread. Perhaps I shouldn't have had a Healthy Extra after all the cheese I had today, but I always find it hard to decide whether to just ignore my off plan meal, put all my allowance of HE's and syns towards it, or have my syns and HE's as normal afterwards, so this is a compromise, just the 1 HeB, and 1 syn! I followed it up with some grapes. 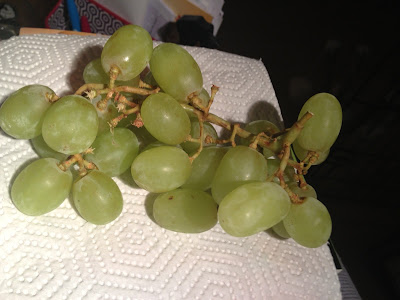 I won't bother with a food diary today - not sure there's much point even trying to guesstimate the damage that was done at lunch eh? Tomorrow will be another on plan day though, not sure what mood I'll be in though as the end of my week off draws ever closer, and I can't believe how quickly time can fly past at times.

Anyway, with no food diary, I shall leave you with the little smiley face Carys made from her ice cream :) 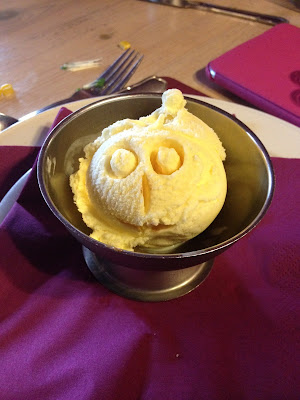