Another day, another catch up! So bear with me whilst I share a whole ton of food with you right through from 7am yesterday! It has been a weirdly long and short weekend. With Saturday starting at 4.30am and not ending until 6am this morning, but with my shift tomorrow starting early (another 12), it's quite a short one really - but as we were up so long yesterday, I guess I can't complain about lack of time.

On earlies, we have to work on the Saturday, just to make the shift all the worse, as if that's possible! Yesterday we were in right up until the end as well - so I had the full range of work grub. 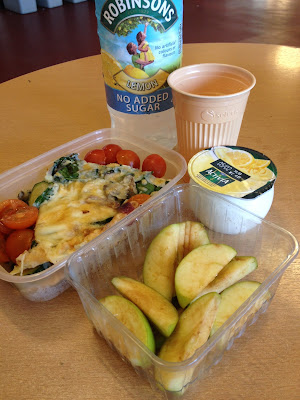 I guess I'd best mention breakfast as it was a bit different to normal, as Friday's omelette was so huge, I packed up the other half to take into work - it made a really nice change, and it's something I'll be doing again. 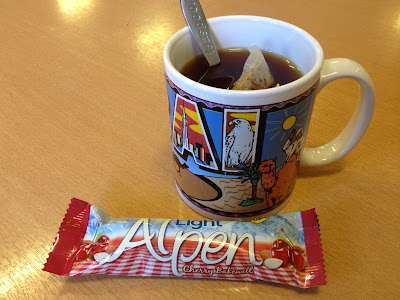 With work done and dusted, it was time to head home where the weekend could start. As we were having friends over a nap was definitely needed, but first I just wanted to get a little bit of something on my stomach as I was already feeling hungry, so some tomato soup that had been in the fridge was quickly nuked and munched on before I went for a much needed sleeep. 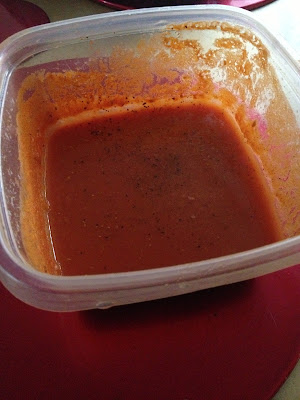 With soup eaten, and nap successfully achieved, it was time to get ready for a film night. A couple of friends, and plenty of films were planned, as was the night off plan as we were trying a new takeaway. We ordered from a local diner, which actually made a really pleasant change, and I had a Phat Sandwich, which was as delicious as it sounds :) 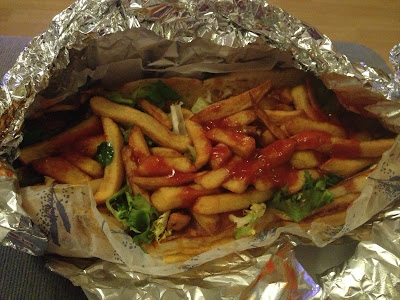 Under those chips, there are plenty veggies hiding, as well as salad - it was absolutely delicious and worth every single syn that was stuffed in there ;) If you read this blog regularly, you won't be surprised to discover that some alcohol might have passed my lips as well! 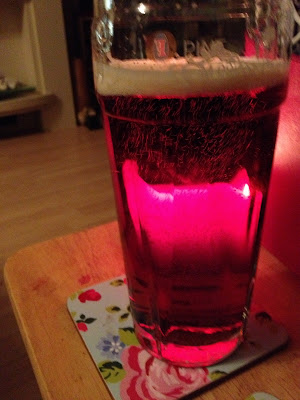 The beer wasn't actually pink, but it looks quite marvellous doesn't it? :) I had some Port as well - first time - thanks Shane - and then went onto spirits, but I didn't go too bad, and probably only had about 6 measures over the course of the (11 hour) evening, so although it was an off plan night, I've had worse nights! It was a really good night as well, and we managed to get 4½ films watched too!

Heading to bed at 6am isn't the cleverest of things to do, but I was out of bed before 1pm, which was nothing short of a miracle to be honest, and once our guests had been despatched home, it was time to get some breakfast down me. Well, I say breakfast, when it's eaten at 3pm, I guess you can safely say it was more brunch! 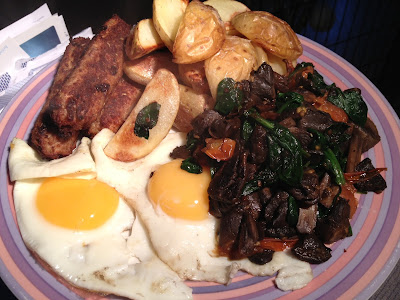 LM sausages, wedges, eggs, mushrooms, tomatoes and spinach. The perfect morning after meal! Completely back on track as well with not a syn in sight. I cooked some extra sausages too, to give something a go later.... Despite the rather huge amount of food, it was only a couple of hours later - time spent very productively watching Friends - that I felt peckish again. After seeing a post on a Facebook SW page, I decided to go with a bowl of microwaved swede, easy peasy. 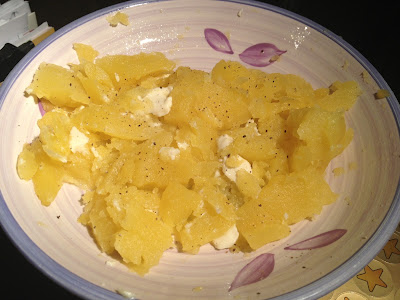 I mixed in a blue cheese Laughing Cow triangle as well, and it really hit the spot. If you've not tried it, give it a  go. You literally just microwave the swede (I did mine for 15 minutes) and then cut it in half and scoop out the insides. Saves you peeling, chopping and boiling :)

Now, I'm sure you won't be surprised to know that there was a slight break in my Sunday at this point for a nap, after all I didn't get huge amounts of sleep last night, and I'm working nights tomorrow, so staying up late tonight is a bit of a must!

I woke up after my nap feeling decidedly icky. I'm not sure if it was the huge sandwich from last night, or just feeling generally yucky, but it took me a while to get myself back downstairs. I decided that food might be the answer (of course) and set about preparing my dinner. 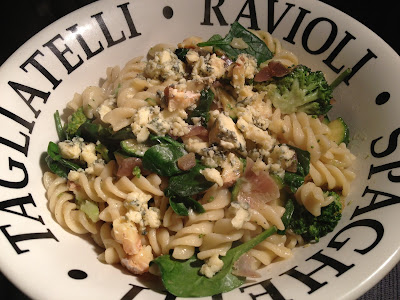 Nice and simple tonight, some courgette, red onion, broccoli and spinach with pasta, topped with my HeB of stilton. Whilst that was cooking, I had a bit of an experiment...

I've seen lots of posts for savoury muffins on various FB pages and thought it was about time I gave them a go, especially as I now have my silicone muffin cases! So I chopped up the extra sausages from earlier, added some red onion and tomatoes and put them in the bottom of the cases. I then mixed up 4 eggs, some cottage cheese and 40g of reduced fat cheddar and topped up the cases. I then cooked them at 180 degrees for about 20 mins. Due to the cheese, they'll come in at ½ a syn each - not bad at all for something to grab as a quick snack eh? 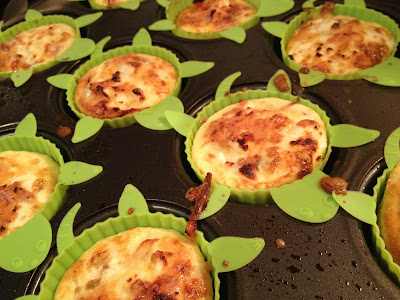 Quite the nommy bale of turtles there (yes, apparently a group of turtles is a bale). They'll certainly come in useful at work this week (if Hague doesn't eat them all first!) ;o) His verdict "Mmmm good, very good" so there you go, endorsed by Hague, it doesn't come better than that! After polishing off dinner, and Hague polishing off a couple of the muffins, it was definitely dessert time. After the blow out of yesterday, I decided to keep my day nice and low syn and went with fruit.and some mini meringues. 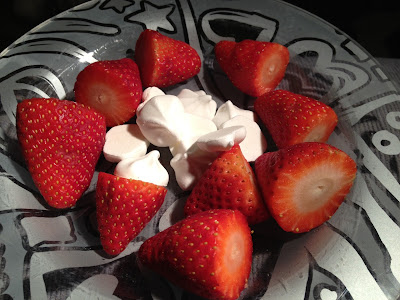 Just the one syn there for the meringues, sweet and a delicious way to end the weekend.

And so another weekend draws to a close. At least earlies are done and dusted for another few weeks, and my week off looks a lot closer from here! Despite appearances, a couple of jobs have got done this weekend. I sorted out a calendar with my work roster on it, so we can see at a glance what I'm working, when I'm working it and when my 12's are, which will make life a bit easier, and Hague has finally set up the Wii, so I can get on the Wii Fit (eventually). Although at the moment, another member of the family is taking advantage of it... 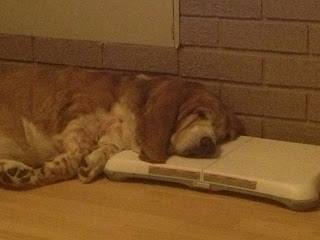 I think it shall be christened the Boo Fit :) I hope you've all had a good weekend, and that this coming week is kind to you, be it on the scales on in other ways.