A Day of Non Food Fails!

Today has been a bit of a disaster all round really. With mis-timed naps and burnt soup, and the day rapidly disappearing before my very eyes. To be fair it's all my fault, but I can still be grumpy about it if I want ;)

I guess when you drop off at about 2am, and are then awake again at 4.30, it's never really going to bode well is it? Hague was heading off to Barnsley on the train due to the snow, and so once I'd dropped him at the station just after 7, and picked up the bits we'd forgotten from the shopping - only the obscure things like milk and bread - I decided to bite the bullet and stay up. I wasn't sure if I was going to have another Success Express day, or a Green day, so I made sure the small breakfast/snack I had was fine for both plans. 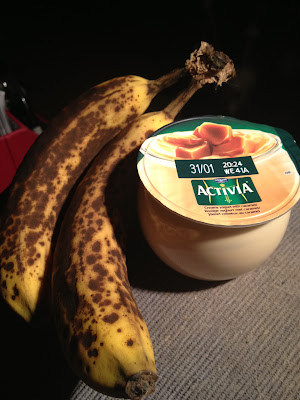 I'd picked up the creamy Activia pots in Asda after seeing they were 1) only 2.5 syns each and 2) that they did a coconut one that I thought I could use in a Korma instead of the muller lights. So I picked up the coconut, lemon AND caramel :) The caramel one was delicious, and meant breakfast was pretty much banoffee flavoured, which can never be a bad thing!

With breakfast eaten, I snuggled up on the sofa and started to watch Friends, oh I was so warm and comfortable and eventually my eyes started to droop. I figured it'd be better to head to bed and get a nap and so did just that. Without setting an alarm. HUGE mistake, I went up at about 10.30, got comfy and the next thing I knew it was 5 o'clock. Seriously. I had slept all  bloody day! If you want to look at it logically I'd just had my 8 hours in a couple of blocks - but still, I had so many plans for today *sigh* no-one to blame except myself! Whilst I'd been asleep my new pan set had been delivered, so I popped out to get them from the neighbours and set to having a play with them!

I'd decided to see if an old Tesco Diet recipe was SW friendly, and as it was, that was on the menu for lunch. As the recipe had said to chop the onion and carrot, cover and leave on a low heat, that's what I did.... 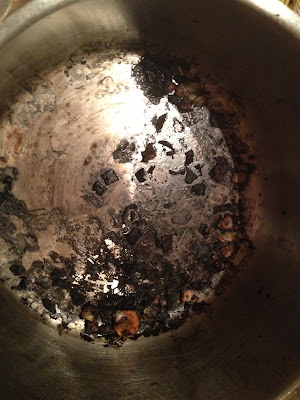 Oops! Obviously the change from non-stick pans to stainless will have to be done carefully! With pan number one scrubbed, I had another go, and this time I managed to make soup ;) 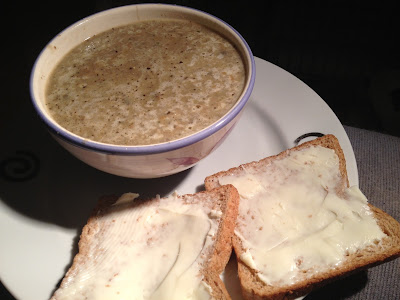 It was just as lovely as I remembered and so filling, especially with a HeB of bread and a couple of triangles of Laughing Cow extra light triangles. As the recipe was requested by T.O.K., here it is :)

The recipe also calls for using olive oil, but I used frylight to fry off the carrots and onion (and invisible celery), I didn't cover it this time, I just stirred it until they were softened. I then added everything except the milk, brought to the boil and then left to simmer for half an hour. I then added the milk, and brought it back to simmering heat.

That's it! If you want, you can eat it as it comes, I put half into my blender though and whizzed until it was smooth, and left the rest chunky. If you love mushrooms, and love filling comfort food, this really is a recipe to try :) Just be careful with your pans hehe!

Rather than making up for lost time today and being productive, I spent the day texting T.O.K and getting annoyed at SW pages on FB, ah well, it is the weekend! As I was following Success Express again, I needed to have another meal, as you must have 3 in your day. So dinner was a bit of a thrown together affair. 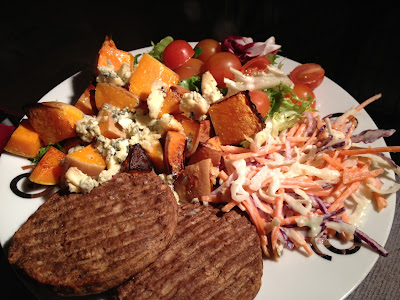 You really never would guess that butternut squash is one of Aldi's super six this week would you? Another one, well half of one for dinner tonight, roasted off and topped with Stilton, plus some coleslaw and salad, plus the syn free Quorn sweet red onion burgers. Quick and easy, story of my life :)

With another Success Express day drawing to a close, the usual need for sweetness appeared and so I did myself another little bowl of noms, with another of the Activia yogurts, lemon this time :) 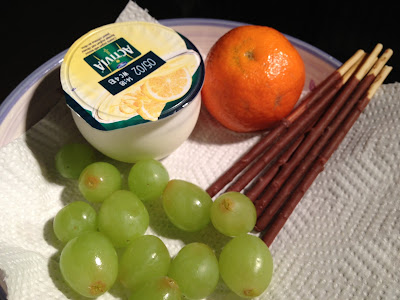 I think tomorrow shall see a return to Green days for me, as I'm craving a rather large jacket spud, or egg and chips :) I've quite enjoyed SE though, so I'll definitely do it again!

I'm really hoping to be a bit more productive tomorrow - well, no hope about it, I have to be, there are jobs that need doing before I go back to work! No real snow today though - very disappointed, especially as I'll have two Hague-less nights as he went up on the train as we thought there would be snow. Ah well. Sorry for such a downcast blog today - it's the looming end of my week off that's doing it, and having no Hague, and having no snow :)

As it's gone 1am, and I have to get up for work in 27 hours (on Monday lol) I guess I'd better get myself up to bed, and hope for some sleep! Got to love having a broken body clock!! 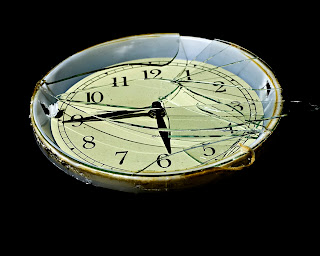