It's the 16th of December today. I'm working all next week, and Hague is away all next weekend. Today should have been spent getting the house ready for Christmas, putting the tree up, having a tidy, getting decorations and lights up, you know the sort of thing....

I did manage to get the fairy lights I bought yesterday out of the carrier bag, and Hague did manage to hoover up, however, that's it. Christmas is still not quite happening in the house, and we have nothing to blame but our own laziness! Thank goodness for online shopping or I'd have no presents bought either. Looks like I've failed on Christmas cards as well as I've managed to lose my address book too. It's not been a very good month for me really so far eh?

The sheer laziness of the day is reflected in the food for today, as I've barely had the motivation to get my butt off the sofa, sorry!

Breakfast was an omelette, with lots of superfree, served up with cottage cheese. 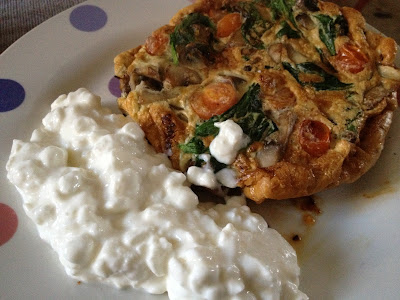 The omelette was stuffed with onions, tomatoes, mushrooms and spinach, and I decided against wedges (again) and so went with the cottage cheese, which I seem to have developed a major taste for at the moment.

It had taken me a while to sort out my breakfast, and by the time it was eaten, I was shattered. I'd only had about 6 hours sleep, and much as I knew I shouldn't as I'm on earlies tomorrow, I had to have a nap and so off I went.

I'd planned to only have an hour, but ended up having nearly 3....oops.....so much for getting Christmas sorted! When I woke up, West Ham were on the telly, and so I watched the game before my mind turned to food once again. I had no idea what I wanted for dinner, even after a long wander around the kitchen and so I went for the easy option of pasta. 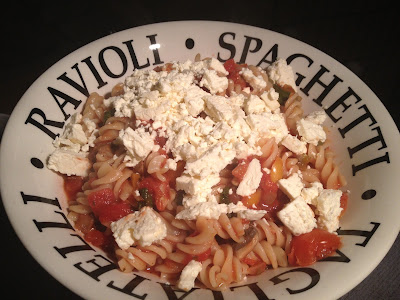 Lots of superfree hiding in there once more, with onions, garlic, mushrooms, tinned tomatoes, cherry tomatoes and spinach, plus some oregano. As I hadn't had any Healthy Extras today, I splashed out both on 100g of Feta. It was filling and tasty, which was all I could ask when I really didn't know what to do for myself. I decided on a dessert too, and instead of just having my Quark/Options mix (Quoptions? Optiark?) on it's own, I added some fruit. 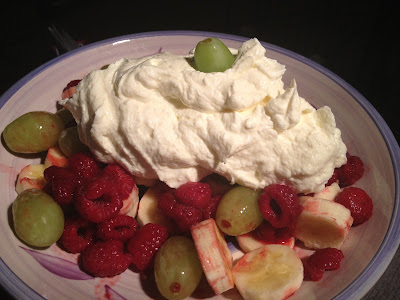 Please note the effort taken with the presentation with the cheeky grape garnish ;) I know I've not eaten huge amounts today, but I've not been awake for a huge amount of time either!

Not the most excited of days, or of blogs, but next week should be a bit more interesting, with the impending arrival of both an iPad and my new Kindle, plus the Christmas Party at Slimming World, including my attempt at party offerings, and of course work! Here's hoping that soon I'll have some Christmassy pics to share with you too! 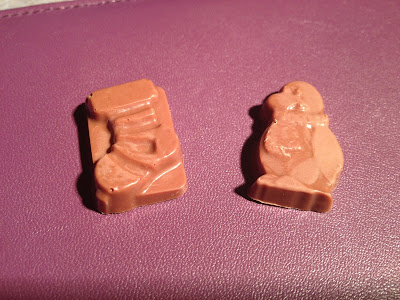 Email ThisBlogThis!Share to TwitterShare to FacebookShare to Pinterest
Labels: lazy