Oh yes, the time is here, and as promised I'm heading off plan for Christmas. Once again I woke up too early, at 7.30 and just snuggled myself up in bed playing my iPad until it was time to get myself up and bathed ready to go and pick up Hague from the station! I did something a bit naughty this morning when I got out of bed though. I weighed myself. I had planned to do this anyway, just to see if, under normal circumstances I'd have had a loss this week, and according to my scales it would have been quite a significant loss, however, it's not an official loss - I'll have to wait until Thursday to see how my days off plan will affect me.

With me bathed, made up and prettified ready to pick up Hague from the station, I went to collect him, all excited at having him home, and he let me know when we got home that I was now off plan :)

Who am I to argue? And so my first meal of the day was a lovely granary bread chunky cheese sandwich :) 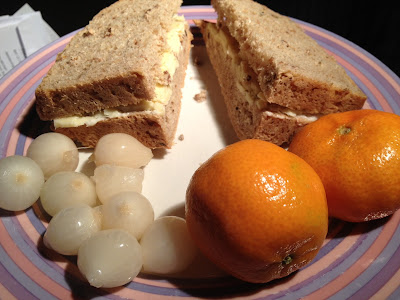 As you can see, I still had my superfree with my sandwich though :) I followed it up with my penultimate Advent choccie. 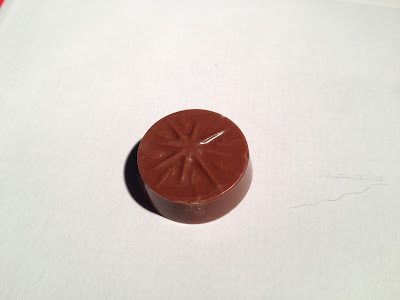 Quite restrained really! I spent the afternoon snuggled up with Hague watching Prince Caspian and then The Grinch, all Christmas snacks remaining untouched, and then for dinner I had the decidedly SW friendly meal of egg and chips! 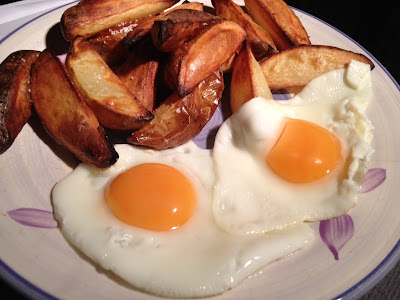 Hague actually took the pee when I came in with this for dinner, questioning my ability to go off plan ;) however, I think what we had afterwards was firmly off plan..... 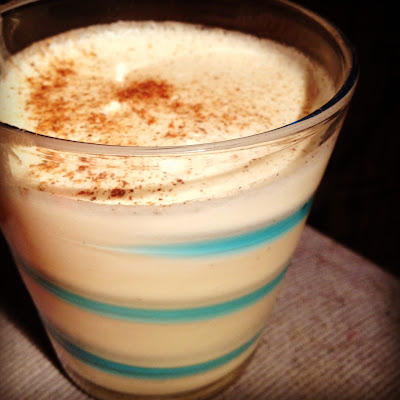 Homemade egg nog, containing eggs, sugar, milk, cream and rather a lot of booze....I dread to think how many syns were in it, but damn it was good. This year I made it with Sailor Jerry spiced rum and Bourbon rather than dark rum and brandy and it was absolutely delicious, although very, very filling!

From there on in, it descended somewhat, with me raiding the hamper snacks for the first time for some nuts, and enjoying a glass or two of wine :) 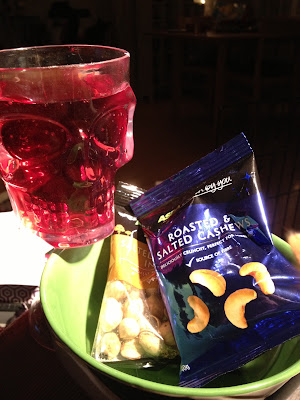 Hague has already pillaged several bags of crisps and some pork pies, so I think we can safely say the present has gone down well. After watching lots of Christmassy things tonight, we're now watching The Terminator as a bit of an anti-dote - although I'm hoping to get my own way and have Muppet Christmas Carol on in bed. It won't be a late one tonight as I know I'll be up stupidly early tomorrow, so I shall say goodnight, and wish you all a very, very happy Christmas :)

Email ThisBlogThis!Share to TwitterShare to FacebookShare to Pinterest
Labels: christmas, off plan