Yeah....birthdays....they don't work well with Slimming World do they? Not in this house anyway :) Yesterday was Hague's birthday, and it was a wee bit off plan.....I didn't have much sleep, about 3 hours as I didn't want to be in bed all day, once I was up I fortified myself with a huge cup of coffee and Hague decided that he wanted to head into town after the football. Ah, the football....we were playing Chelsea yesterday, never a good fixture for us West Ham lot...but not yesterday :) 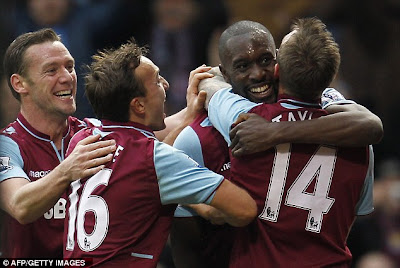 We beat them 3-1, cue much happiness in the Mitchell/Hague household, and a pretty damn good start to Hague's birthday. With the game over, we got ourselves ready and headed into town. We had a lovely mosey around the shops, Hague treated himself to a DVD, and one for me as well, whilst we were out he decided to have some lunch too. 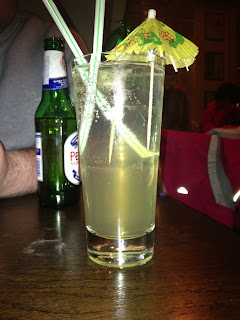 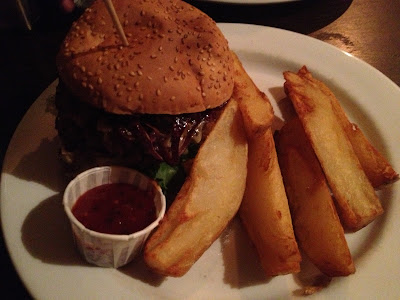 Once again we headed for Fatso's, and once again I plumped for the veggie burger, washed down with a Lynchburg Lemonade. Although on the plus side we didn't have starters or a dessert. It was absolutely delicious though, and I really enjoyed it, besides it was a birthday :) We did walk into town and back...so there was some body magic going on ...

After lunch we headed home to do some more celebrating. Which involved quite a lot of alcohol, which we drank for many hours. The only other food I had to line my stomach was some toast! 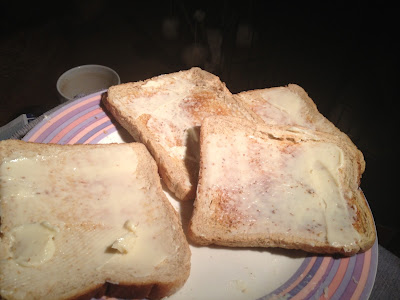 I have no idea what time I ate it though, and only remembered I'd eaten it when I checked my phone this morning :) The evening was a wonderful blur of films, music, laughter and just being together. Just bloody lovely, and I enjoyed every moment, I'm pretty sure Hague did too :) 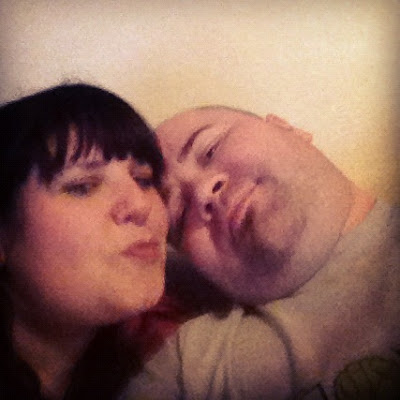 Obviously after not much sleep, and then a very late night, we were never going to rise early, and it was at 4pm that I finally crawled out of bed, determined to get myself back on plan. That was the plan, but I woke up craving crap, however, I resisted and did myself some eggs and wedges. 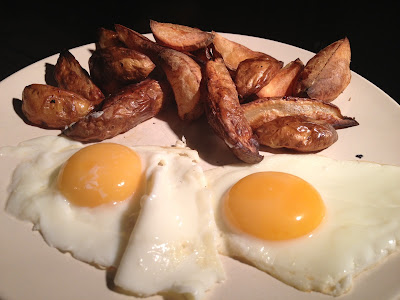 I followed that up with some grapes, both for my superfree and to calm a sweet craving! 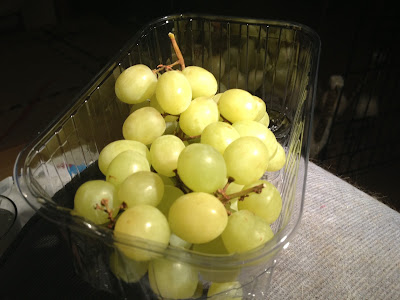 We spent the afternoon watching Hague's birthday present from me, the Avengers box set, getting through Iron Man before he decided he fancied a curry for his dinner. I could have quite happily put away a vegetable Malayan with a nan bread and sag paneer, but instead just ordered boiled rice and did myself a quick curry whilst Hague went to pick up the order. 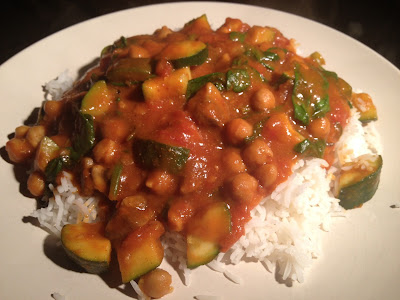 I just softened up some mushrooms and courgettes, and then added in a tin of Asda chickpea dahl and half a tin of tomatoes. I then stirred in some spinach to wilt just as it was nearly done. So I stayed on plan, and Hague had his curry, win-win once again :) I still have some left for tomorrow at work as well.

During, and after dinner, we watched the next Avengers film, Incredible Hulk, and before that was done I felt peckish again. In the quest for different Heathy Extras I'd bought some reduced fat houmous and I had some of that, along with some carrot sticks, gherkins and my HeA of cheese. 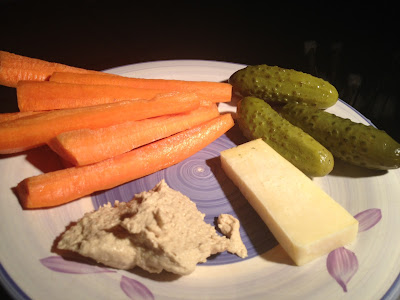 It was the perfect picky snack to eat whilst enjoying a film, and I really enjoyed having something different for a HeB as well. As you can see, I've not had any syns today either. I'm trying to minimise my syns after yesterday, but sometimes you have to have something synful, especially at this time of the year, and so my syns were bestowed on my Advent calendar chocolate, all 1/2 a syn of it :) 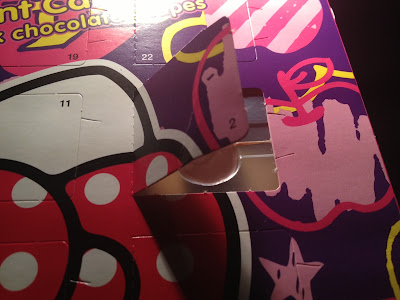 So a good day, after a rather naughty day, but hey, birthdays only come along once a year, and once the third film of the box set is watched (Iron Man 2), we'll be heading up to bed after a truly lovely weekend! Oh....and Hague absolutely LOVED the pork pie cake :)