The Morning After (Again)

I think we can safely say that last night was off plan syn wise. I'd estimate that I had around 50 or 60 syns worth of alcohol, which is rather a lot, but I enjoyed every single syn! The new honey Jack Daniels is utterly delicious as well, I think it'll be a firm favourite! Despite the alcohol I did stay on plan food-wise though, even with Hague treating himself to a take-away! 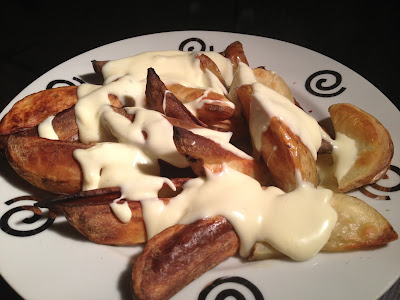 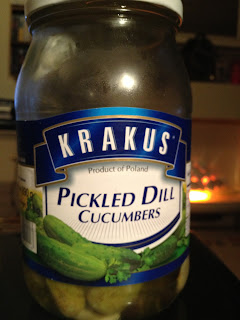 The wedges are topped with a tub of Low Low which was my HeA and HeB, and something I hadn't tried before - it was really good, and I think with an addition of some chilli it would be like nacho cheese sauce :) Later on, the gherkins were for picking at. I really could have eaten a veggie burger with cheesey chips from the take-away last night though, and so I'm really pleased with myself for resisting making the day even worse.

Obviously we had a lovely lie in after quite a late night - and I woke up not knowing what I fancied for dinner, only that I wanted it to be filling! After a lot of pondering I decided on a roast, maybe as it feels like a Sunday today! 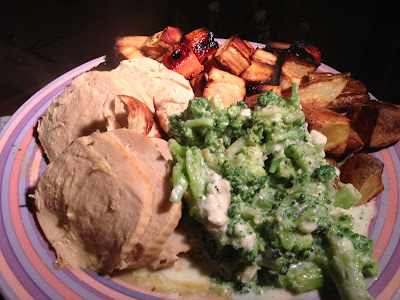 I attempted honey glazed roast carrots and parsnips....but they ended up rather caramelised...bit less time in the oven next time methinks! I still ate most of them though, as well as the broccoli cheese made with my HeA of Laughing Cow blue cheese light triangles. So that huge pile of food was just the 2.5 syns for the tablespoon of honey, not bad at all. I had dessert too :) 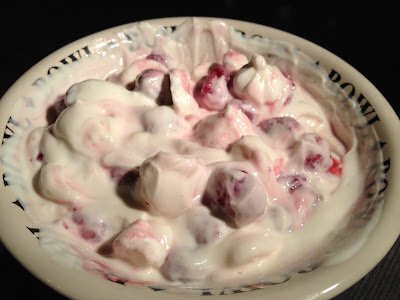 Eton Mess, with 2.5 syns worth of mini meringues as well as the "cream" of greek yogurt, quark, sweetener and vanilla essence and a healthy dollop of raspberries. Definitely one of my favourites, especially as I normally can't be bothered with dessert at all!

After feeling hugely hungry before my dessert, I'm now feeling only just peckish, and as I'll be having an early night tonight I've had a wee snack whilst we watch a film. 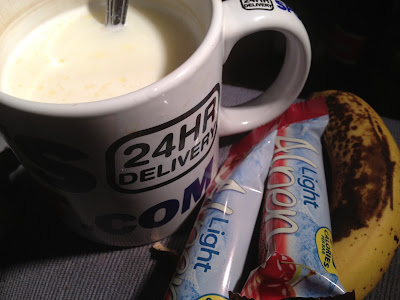 I do love the white chocolate options, made with milk it tastes SO good! Plus I have to have my HeB of course, and my 1/3 superfree, so the Alpen Lights and banana do that job wonderfully!

Tomorrow is the monthly girlies lunch - they seem to come around so quickly! I'm looking forward to debuting the fringe as well! I am going to try and make healthier choices tomorrow though, as I do really want to get that 1lb loss on Tuesday, and only I can stop myself doing that!