Ah, I'd forgotten how wonderful a happy, happy day was! I woke up this morning feeling more crappy, crappy after a rough night, still awake at 5am with an alarm looming at 8. Not good. Still, that alarm was going off for a reason. An interview for Hague. He's had a fair few, but he felt positive about this one, it might have "only" been for a month contract with Royal Mail, but hey, a job is a job!

I dropped him off and waited patiently outside with my phone and Kindle, and had a wonderful surprise when he got back to the car. He'd been offered a job :) So for the four weeks running up to Christmas he'll be earning. How marvellous is that? And it really has cheered me up! Well that and the Penguin Hat I saw in Claire's Accessories today - maybe I'll get it for Christmas now!

We had a mini celebration in the form of the Big Tasty from McDonalds that Hague has been craving for a few weeks. I had a diet coke, just that. Even though they were selling mozzarella dippers which I utterly adore, but I figured they probably have about 9,000 syns in each one, so I steered clear! 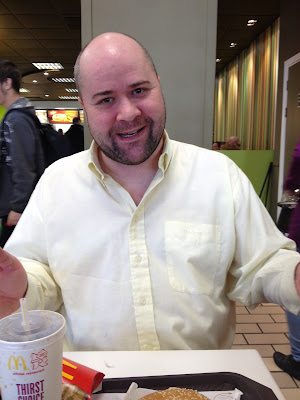 A very happy Hague with his Big ol' Tasty! I waited until I got home, after resisting the minefield of McDonalds and market chips. Seems my willpower is on full today! 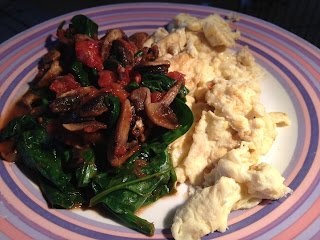 I guess as it was just after midday, this was technically brunch. Some scrambled eggs with chopped tomatoes, mushrooms and spinach. I know it's still eggs, but today they're scrambled, not fried. Still ringing in those changes ;)

I succumbed to a nap this afternoon. My first one in ages, mostly due to the total lack of sleep and I felt much better afterwards, although I could have stayed asleep, but I am rather greedy when it comes to sleep!

Hague had promised to make me dinner and so I went for an old favourite that I haven't had in a while. Cous cous quiche :) 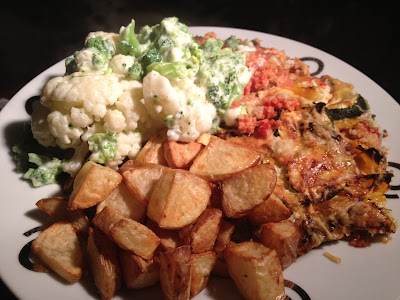 There were some minor technical difficulties getting it out of the dish, but it still tasted delicious, and it was very filling with the LowLow cauliflower and broccoli cheese and some roasted spuds. So that's both my HeA's on one delicious plate!

After a busy afternoon of, erm, watching the I.T. Crowd, I was hungry again. Yes, I know. I've been ridiculously hungry for the last few weeks, but eating more isn't a bad thing as long as it's on plan. For some reason I've had a bit of a craving for ryvita over the last few days and so I gave into that. 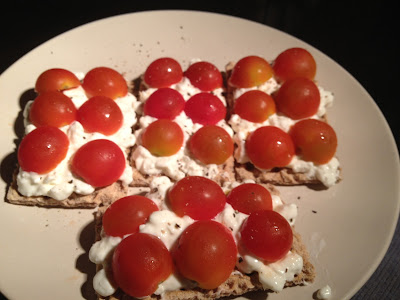 Could that look anymore like a stereotypical "diet" meal lol? Ryvitas topped with fat free cottage cheese and tomatoes :) I really enjoyed it, and followed it up with a lovely bowl of pineapple. You have to love Aldi's super 6 (although this was last weeks). 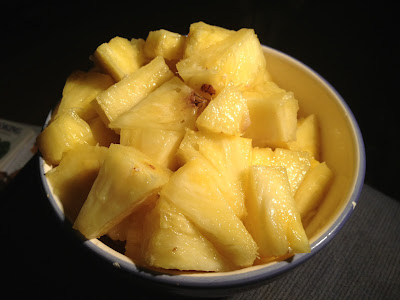 I'll be treating myself to a hot chocolate before bed, and hopefully I'll sleep despite my nap! It's been an exciting, and with the walk around town, a more active day than I've had in a while too, so here's hoping! I've kept low on syns and high on free/superfree foods today due to the naughty days coming up. Tomorrow is the monthly Girls Lunch with my Mum and Sister, and the Italian restaurant we're going to doesn't seem to have much in the way of Slimming World friendly veggie options. Hence, me doing my best to optimise the plan now!

Reason #11
Flying. I'm not planning on losing enough weight to be able to take flight myself. I'm talking about that embarrassing little ritual familiar to anyone over a certain size - asking for the seatbelt extender. Not a pleasant thing to have to do, and despite flight attendants always being more than discreet about it, it's something I hate having to do. Add to that the squeezing yourself into the tiny seat, trying to eat your meal from a tray on an angle as your stomach is in the way and not being able to get comfortable due to having no leg room and flying really isn't the most wonderful of experience for us of a more comfy build :( Roll on the day when I can just sit my bum in a seat, with a bit of room to wiggle, eat my meal comfortably from the tray and just do up my seatbelt - on a plane to Cyprus :) 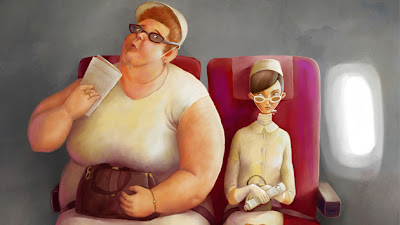