I slept in a bit today. In fact that's an overstatement. Okay, so I didn't get to sleep until around 4am, but I slept until 4.30pm, which is ridiculous. I know I'm not napping anymore - but I have to try and get by on less than 12 hours sleep a night! Any suggestions??

Obviously when you wake up at that time, breakfast would be rather silly, so I ate the last of my stew. 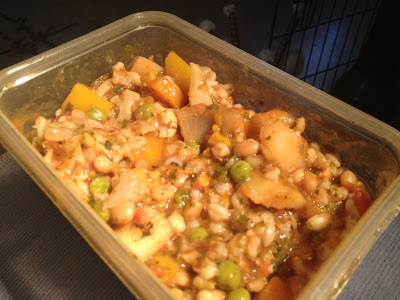 The flavours had improved even more. I suppose I'd better get another one cooked over the weekend :) After my very late lunch was eaten it was time to head out to get the shopping. We had a bit of spare this week due to us only doing last weeks shopping on Tuesday so we only needed a couple of bits - although we stocked up on Quorn as in Asda they're 3 for £5! So prepare to see some Quorny recipes this week! When we have spare, it normally gets spent on some booze, and today was no different. The decision was made, this evening shall be a flexi one! 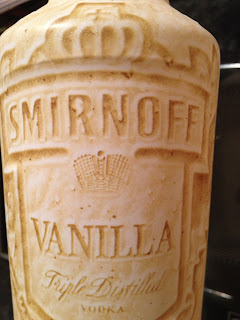 I couldn't resist :) The entire bottle is 70 syns. I'm having doubles (so 5 syns a drink) and I shall be keeping track so I know what damage is done. I've had no other syns today and am using diet mixers. Even my out of control evenings are strictly on plan! Before the merriment began though, I had to line my stomach, and today I was inspired by a Facebook friend (Thank you Miki x) as she had posted photos of her Aubergine Parmeggiano. As always, I went my own way with it though! 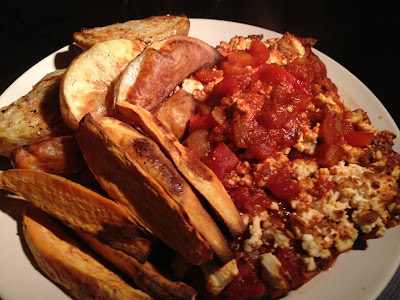 Aubergine Bake
I chopped up some onions, mushrooms and pepper, added some garlic, dried oregano and dried basil and let the veggies soften. I then mixed in a tin of chopped tomatoes and seasoning and left to simmer. Whilst the sauce was simmering I sliced an aubergine lengthwise and just grilled it slightly to soften it up.

Once the sauce was done I put a few spoonfuls in a ovenproof dish then topped with some aubergine and repeated until the sauce and aubergine were done. I then topped with 100g of Feta cheese (2 HeA) and baked in the oven for 25 minutes. I served with normal potato and sweet potato wedges. It was something rather different and I'm glad I gave it a go. I'll be having it again, especially when Aldi have aubergines for 69p :)

I'm leaving my HeB for later, as it means I can have a salad pitta, or maybe a couple of Alpen Light bars when I'm searching for some munchies :) I'll update the syns total tomorrow, as I may be incapable by the end of the night!

Reason #3
New Rock boots. I have ALWAYS loved New Rock boots, but I have always had legs too fat to fit in them. This is going to change, and I will own a pair (and wear them with girlie dresses and pigtails)! 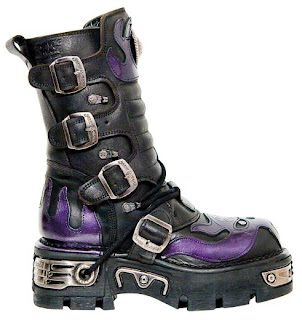