First things first, I'll update you on last night. I did indeed have my full 15 syns worth of vodka, and I enjoyed every single syn's worth :) I also had a couple of snacks, all on plan. 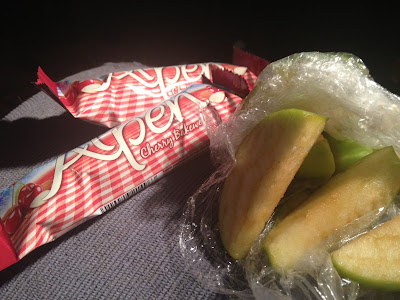 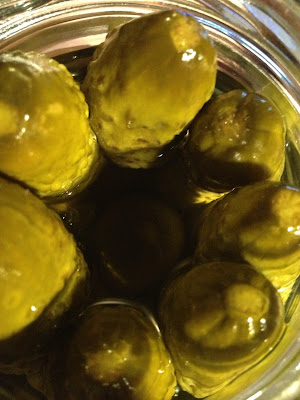 My HeB in the shape of cherry bakewell Alpen Lights and an apple, and then even later on some pickled gherkins which are my current snack of choice :)

After such a lovely evening, I had a rather nice lie in this morning, much needed as we didn't get to sleep until about 4am! Oh it was bliss after a week of early nights, and as I'm not in work again until 10pm on Monday I have a long weekend ahead - marvellous!

I started off the day with a nice cooked brunch, as is pretty normal on a weekend for me. Oh the joys of a full cupboard and fridge! 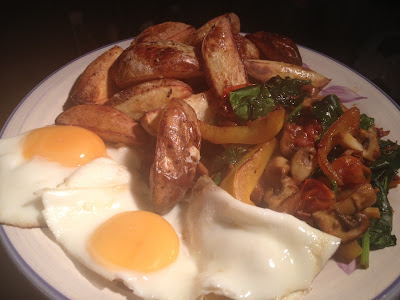 Potato wedges, fried eggs and a vegetable mix of mushrooms, peppers, cherry tomatoes and spinach. Plenty of fuel for a day of catching up on the Sky+ box lol! The weather has been rather miserable, and really cold and so we have been happily hibernating on the sofa. It took a while to get hungry again, and my indecision over dinner was solved by talk of orzo on my SW group's FB page. So I threw together something using my new favourite ingredient. Which was better than Hague's solution to not knowing what to have, which was to order a kebab! 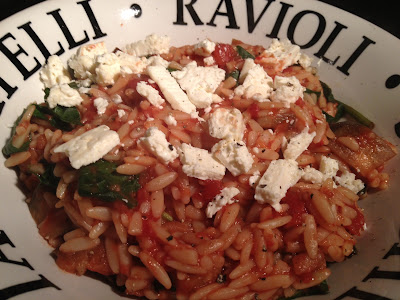 I boiled off the orzo, then drained it and left it to one side, then I put a tin of chopped tomatoes, some chopped aubergine and oregano into a pan and let it all cook through. Yes, you could have done this at the same time as the orzo, but I was trying to minimise the washing up ;) Once it was cooked I threw in some spinach, waited until it had wilted and then served it up. Topped with my 50g (well 41g - I couldn't be bothered to open a new pack to use 9g) of Feta and it was done. I followed it up with some pineapple and a cheeky vanilla vodka :) 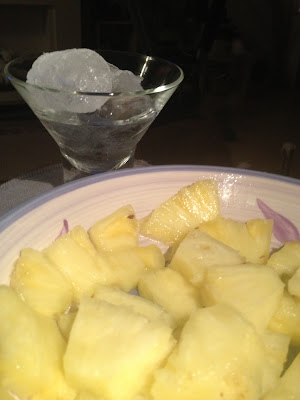 What? It's the weekend! I am supposed to have a minimum of 5 syns a day and a couple of vodkas will fill that void nicely ;)

Our evening has been filled with Jurassic Park as I fancied watching them and the wonderful Hague has been happy to humour me. Whilst watching the last one I got peckish once more and so helped myself to a very late night snack whilst watching dinosaurs snack on humans :) 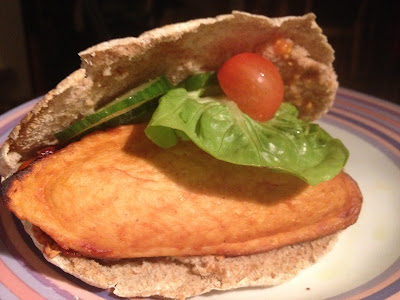 Quorn BBQ sticky fillets, in a pitta bread and some lettuce, cucumber and cherry tomatoes. Perfect to accompany my second vodka and the third dinosaur film of the day.

Healthy Extras
A - 50g of Feta, 250 ml of semi-skimmed milk (I've had a lot of tea today)
B - Asda wholemeal pitta bread

It's been a lovely, lazy day after a week of early starts. Sounds silly after spending weeks and weeks with him, but after being back at work it was nice to spend some time with Hague too (I know, too soppy!).

Reason #17
A onesie. I know they're rather silly looking, but right now, as the weather is turning a onesie seems like a fabulous idea.
However, I want it to look cute and be big and roomy. I don't want it to look like a fleece marquee, so it's yet another thing that shall wait until I'm at target. Not to mention the fact that I want one from a website that customises them with materials, tails, hats and allsorts and the one I want would be over £100 once I've finished making it so very "me". Bit too much to spend on something that won't fit for long, so it's definitely target clothing :)